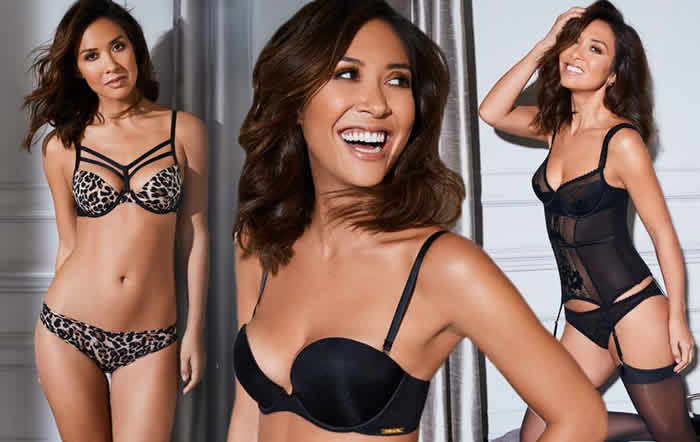 Myleene Klass stripped off into an array of skimpy lingerie sets for her latest raunchy photoshoot. The TV star was looking the epitome of laidback glamour as she promoted her 30th collection for fashion retailer Littlewoods.com. 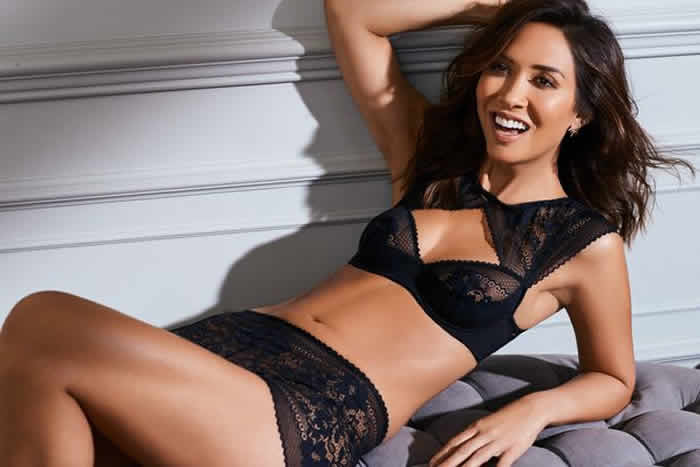 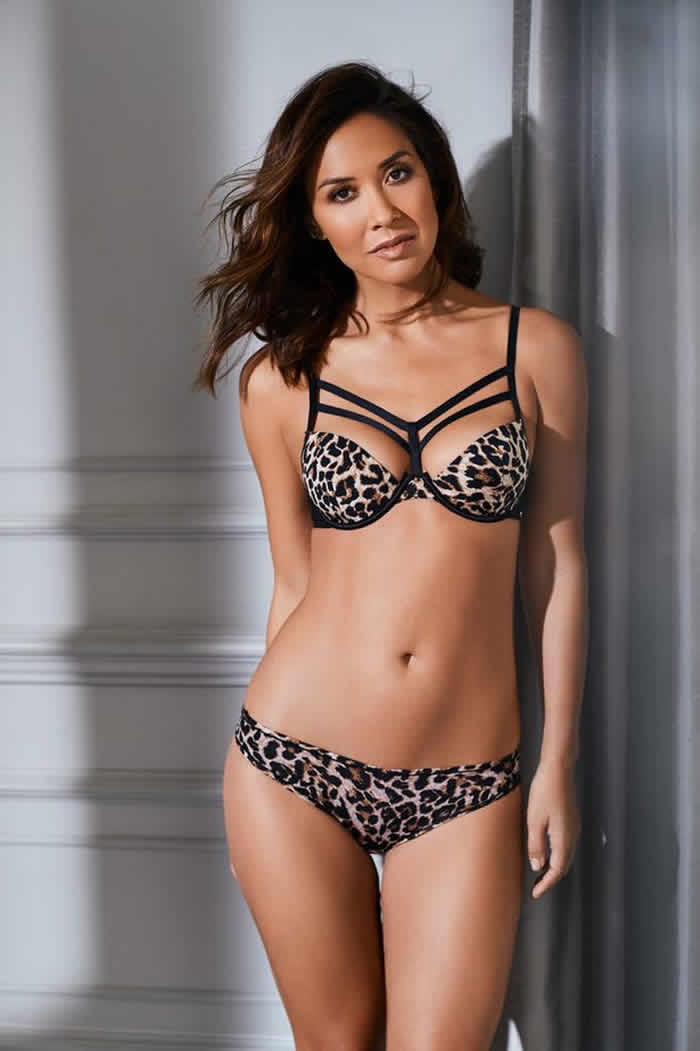 But eagle-eyed fans will notice something a little odd about one of the pictureAs she works the camera in her revealing underwear sets, Myleene – or a wardrobe assistant – failed to spot the sticker was still attached to her right shoe”I wanted this collection to look so fantastic, sexy and fun in its own right, with gorgeous lace, straps and details,” she shared. 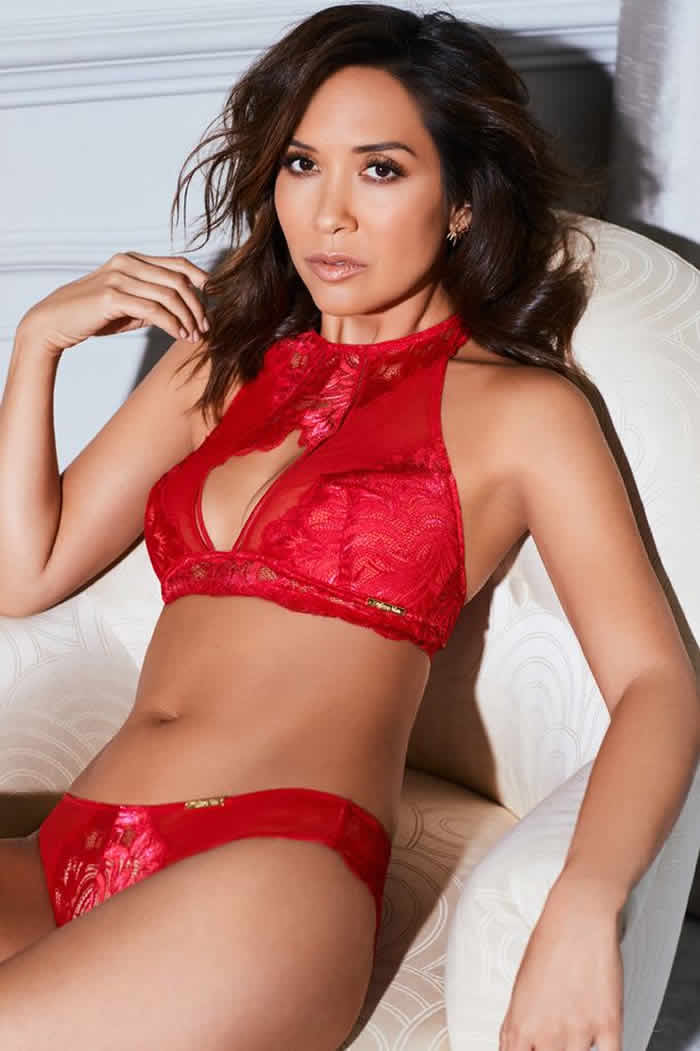 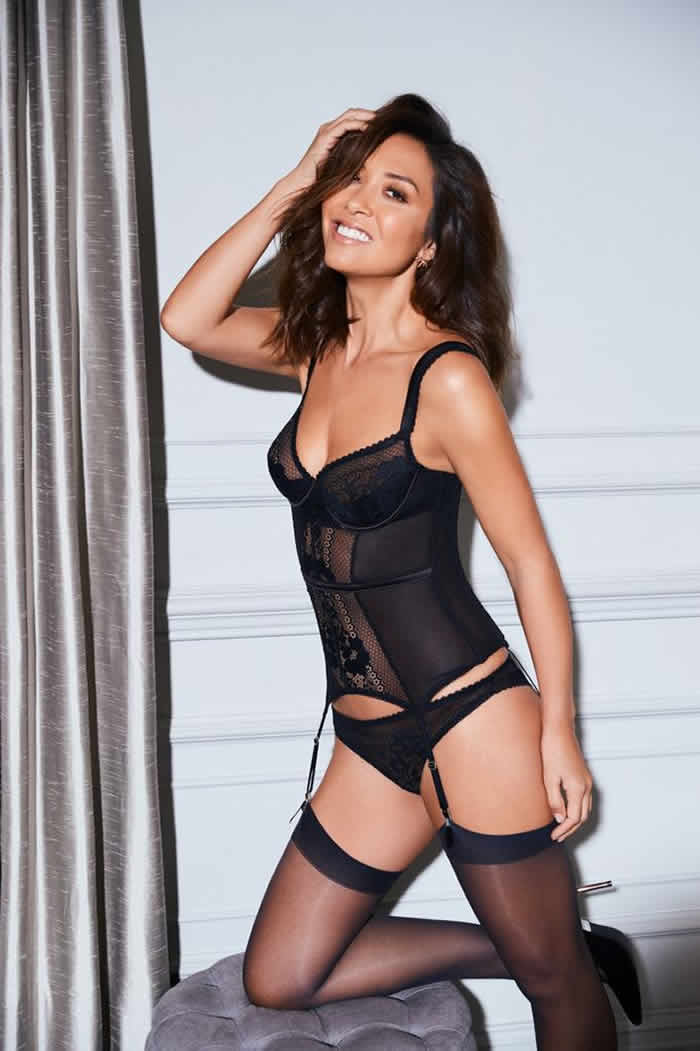 Despite the blunder, Myleene, 39, still managed to pull of the sensual look with aplomb. Myleene, who described her own taste in lingerie was ‘bold and sassy’ revealed her favourite set was the red lace with halterneck bralet – which she thought was perfect for Christmas. 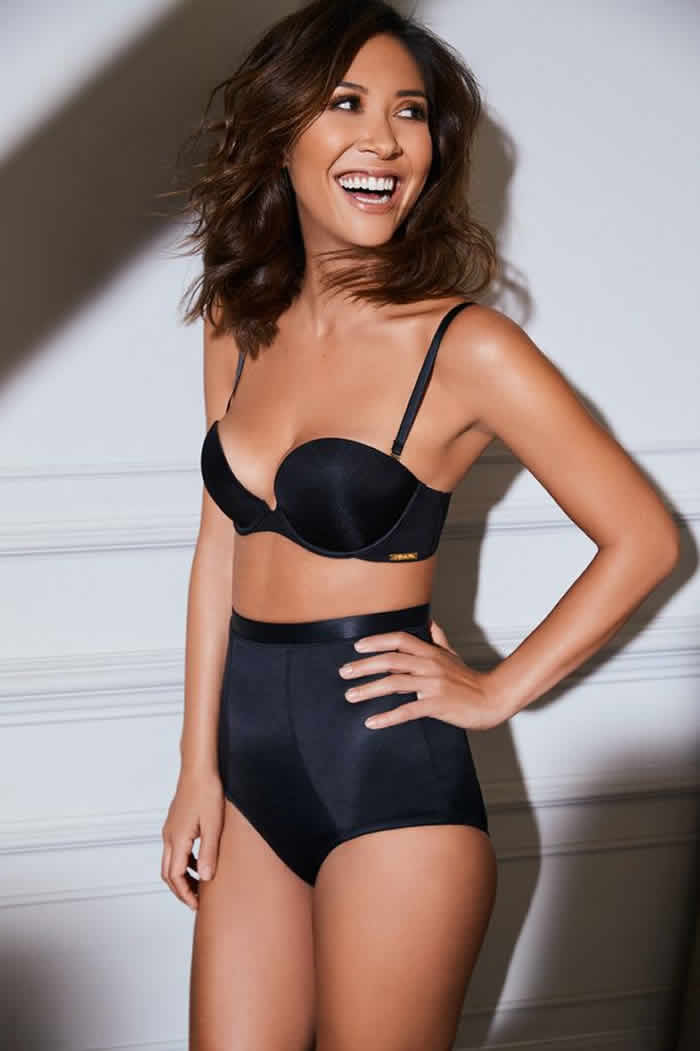 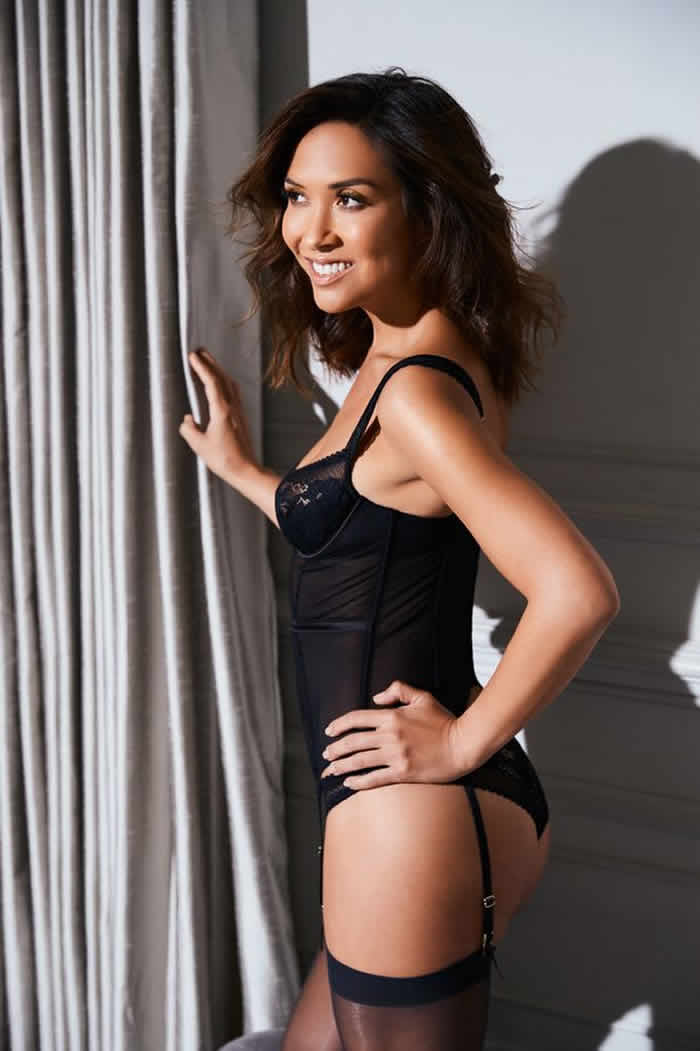 The striking leopard print set was another favourite of Myleene, who had a large say in the designing process. The former singer became well known for her sensational curves thanks to her appearance on I’m A Celeb back in 2006. Slipping into THAT white bikini for a jungle shower relaunched Myleene’s career in a whole new direction and won her a legion of new fans.