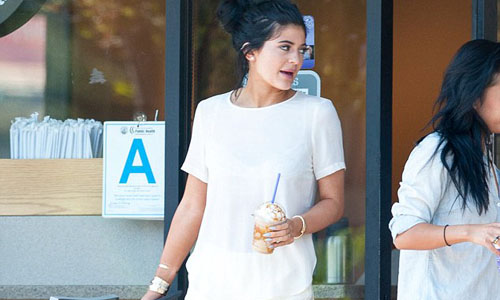 Kylie Jenner legs it to the coffee shop after being seen driving Khloe Kardashian’s $49K Jeep that French Montana gave her. She is rumoured to have been gifted a $49,000 Jeep Wrangler Sahara by her sister Khloe Kardashian. But on Thursday afternoon, Kylie Jenner looked like a much more humble and down-to-earth 17-year-old, as she visited a coffee shop in LA with friends on foot. 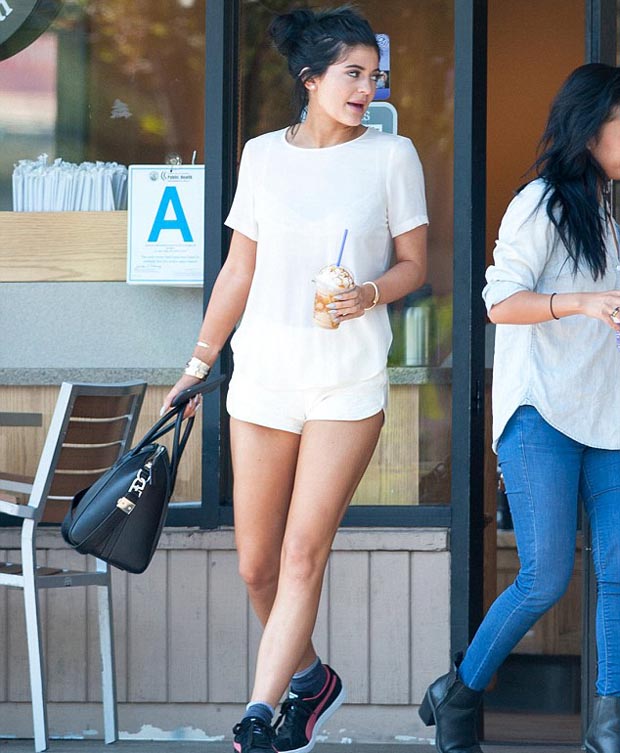 The budding model was seen wearing a pair of casual shorts and a matching top as she laughed and joked with pals. A day earlier, Kylie was spotted driving Khloe’s Jeep, that French Montana gifted her on her 30th birthday in July.  Dressed in head-to-toe black with her raven locks styled to perfection, the daughter of Kris and Bruce Jenner was clearly seen holding the keys to the Jeep. 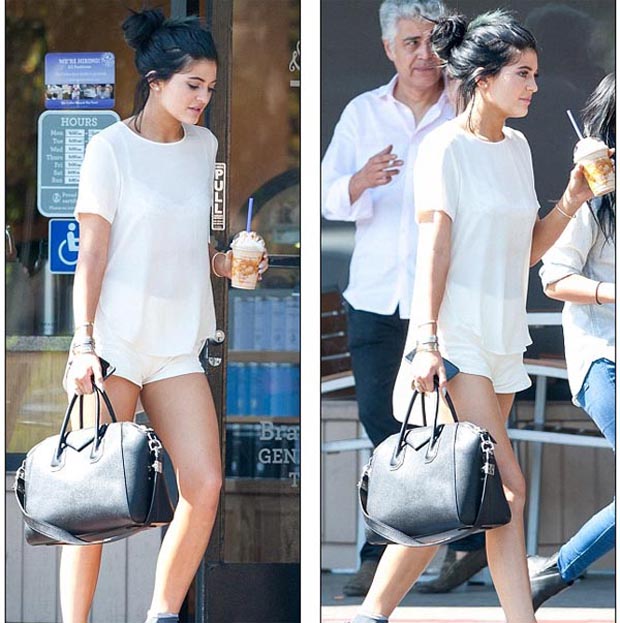 At one point, she was also seen in the driver’s seat as a pal got in on the passenger’s side.  Khloe was seen with the car last week when she went to the gym, but the beauty has not driven the car much since she split from Montana in September. 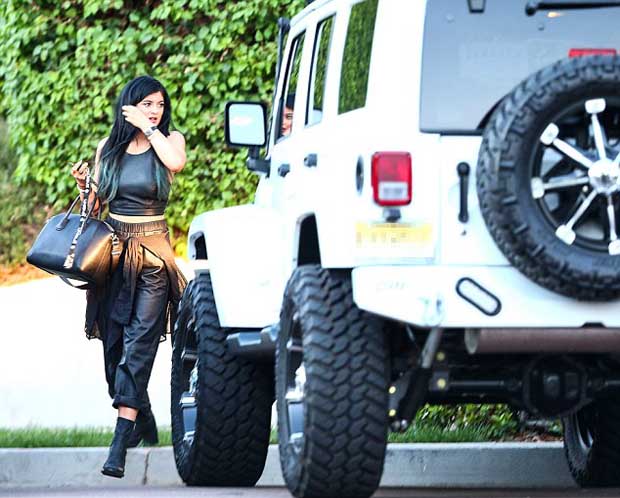 Most of the time, she uses a Range Rover or a Rolls-Royce.  The car Kylie normally drives is a matte black Mercedes-Benz G-Wagon. The youngest Jenner is not known for being the best driver as she has already gotten into two fender benders in LA. 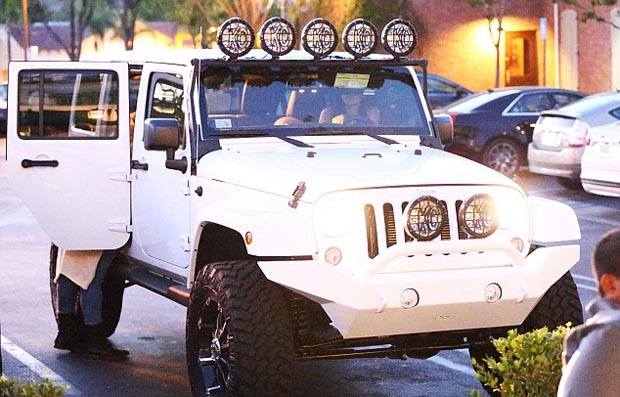 Amy Willerton confesses being with Joey Essex was hard for her