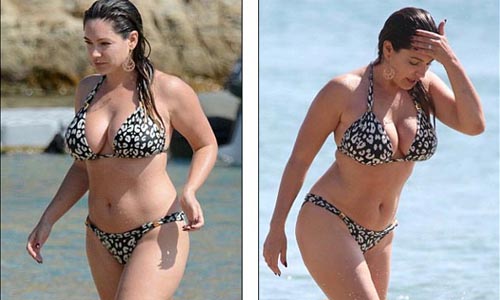 Kelly Brook flaunts her curves in leopard print bikini as she has fun with fiancé David in Greece. They’re busy planning their summer wedding, but Kelly Brook, 34, and her fiancé David McIntosh, 28, already look like they’re on their honeymoon. 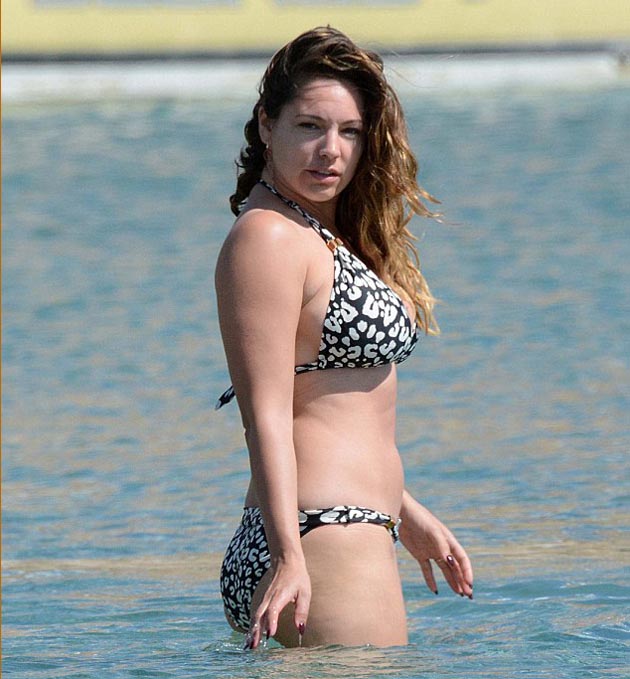 The lovebirds were pictured splashing around in the sea in Mykonos, Greece, where they are enjoying a sunshine break together. The model could be seen launching herself at her man while throwing her arms around him as they took a dip in the sea. 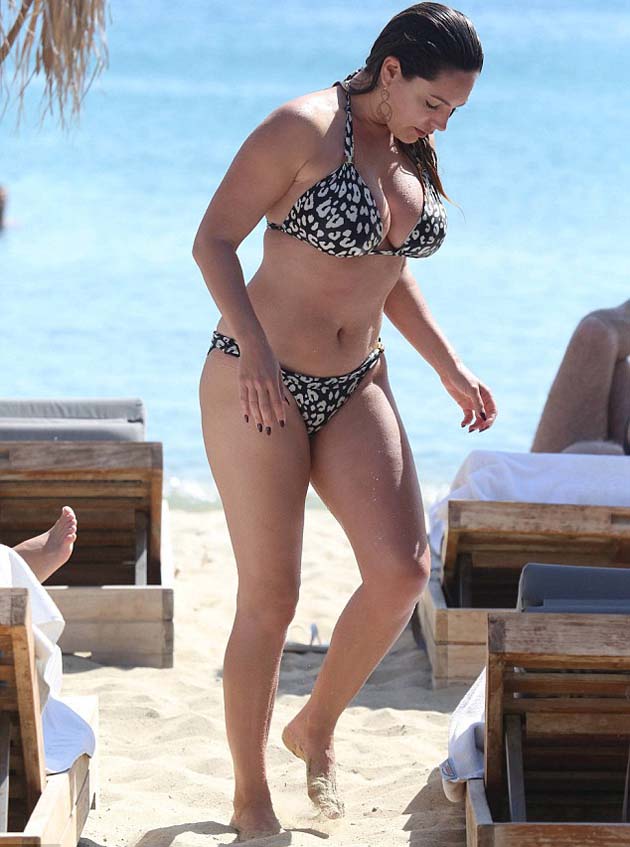 Kelly flaunted her curvacious figure in a black and white leopard print bikini by Vix – and her man clearly approved of the sexy string two-piece. David showed off his rippling muscles in a simple pair of blue board shorts which he teamed with a black baseball cap worn back to front. 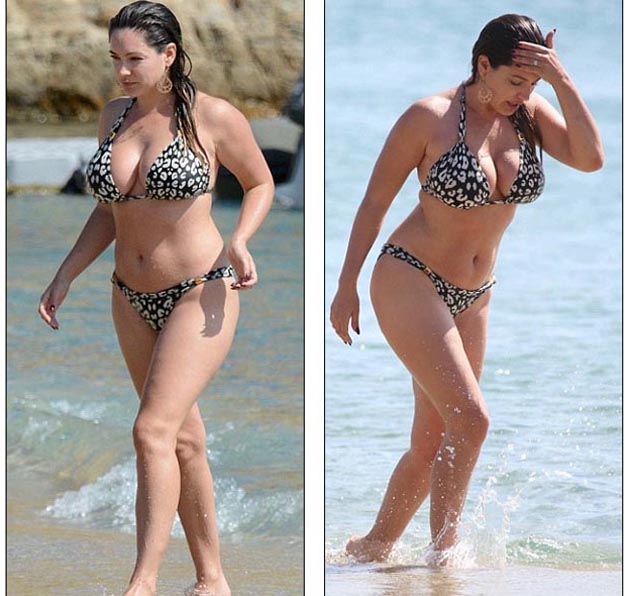 At one point, he copped a sneaky glance at his wife-to-be’s bottom as she bent over while wearing her bikini. Later on, after letting her hair get wet in the water, Kelly covered up in a brown patterned chiffon kaftan which gave her some protection from the sun. 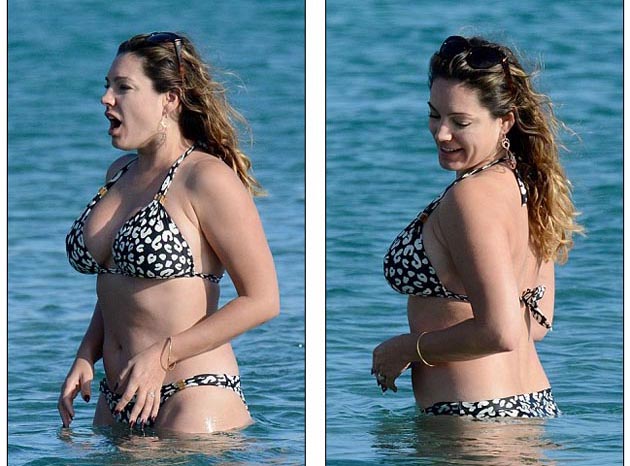 It’s little wonder Kelly has chosen to leave the country to get a little peace and quiet. Her recently released autobiography, Close Up, has caused something of a storm. Kelly admitted to hitting two of her former flames in the book, Danny Cipriani and Jason Statham, while they were dating, and the revelation was met with disapproval from some of her fans.
[contentblock id=3 img=gcb.png] 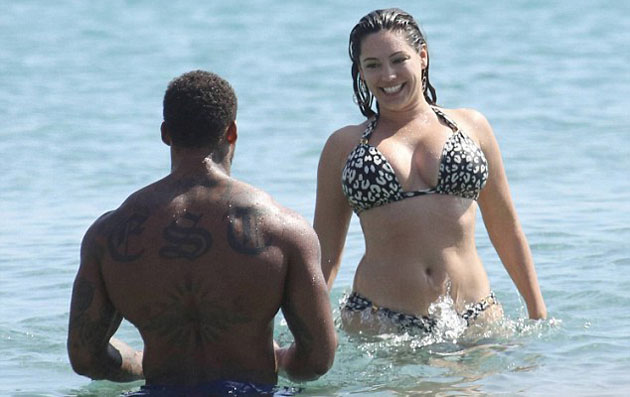 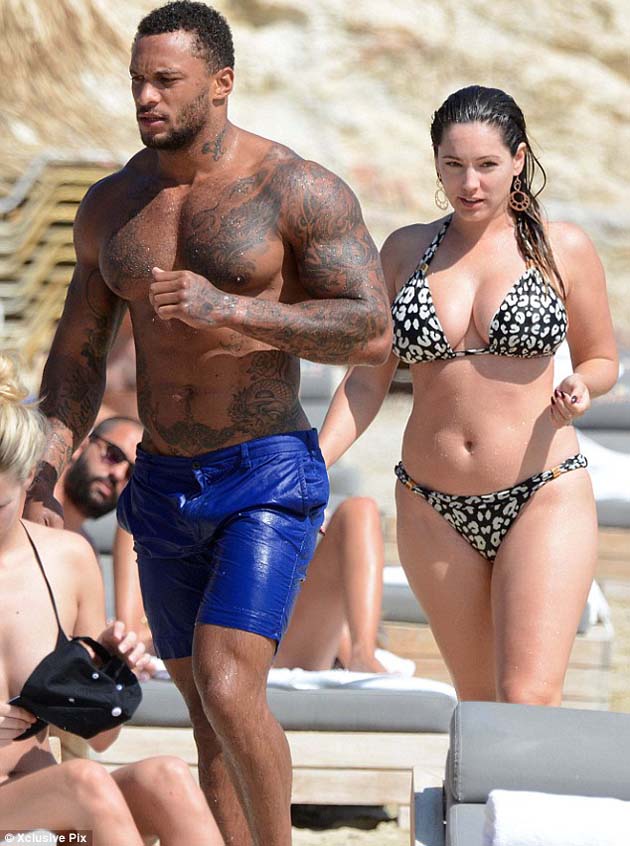 Kelly got engaged to the former Gladiator, who recently appeared on Celebrity Big Brother, in March after a whirlwind romance. The Sunday Mirror reports that the couple are planning a low-key spring wedding ceremony ceremony in the garden of her Kent home. David recently became the first celebrity to be excited from this year’s house, with American actor, Gary Busey being crowned the eventual winner. 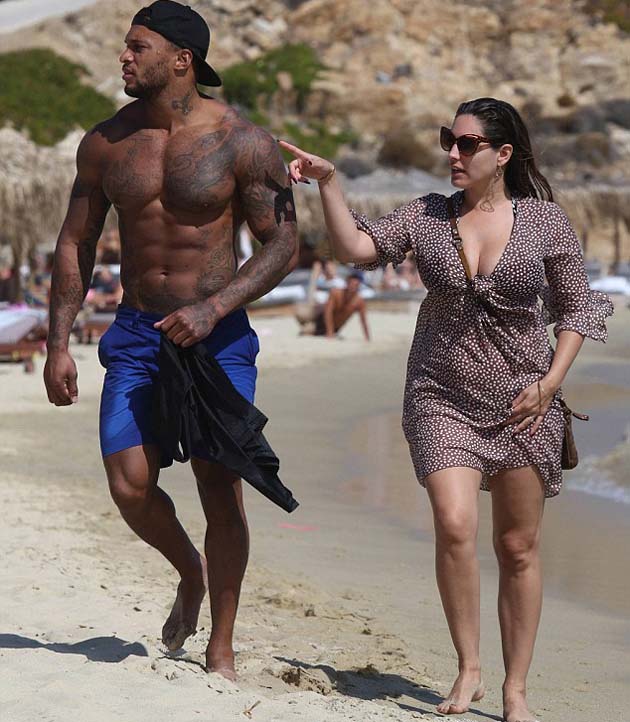 Things that make her think you’re an idiot