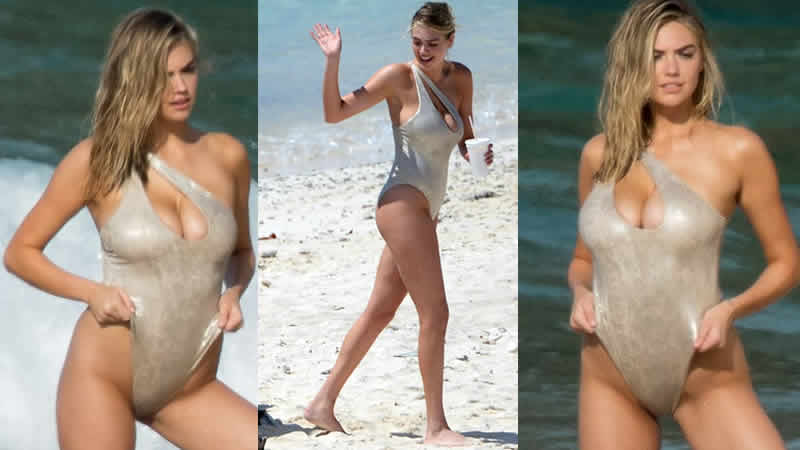 Kate Upton has one of the most alluring bodies in the world. And earlier this week the 25-year-old pinup from Missouri was showing off her assets as she posed in swimwear for a Sports Illustrated photo shoot on the island of Aruba in the Caribbean. 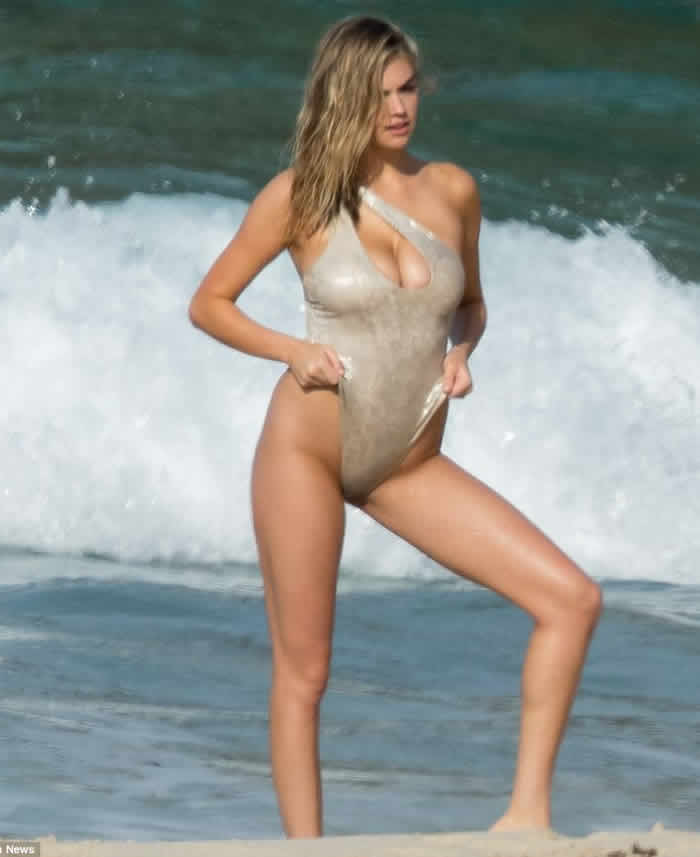 The blonde bombshell, who is engaged to Astros baseball player Justin Verlander, looked to be in the best shape of her life as she flashed her long, lean legs and taut tummy while the waves crashed up on a pristine beach.

The model was the cover star for last year’s SI swimsuit edition and it looks as if she may be taking it again as she worked her best moves on the second day of her beach photo shoot. 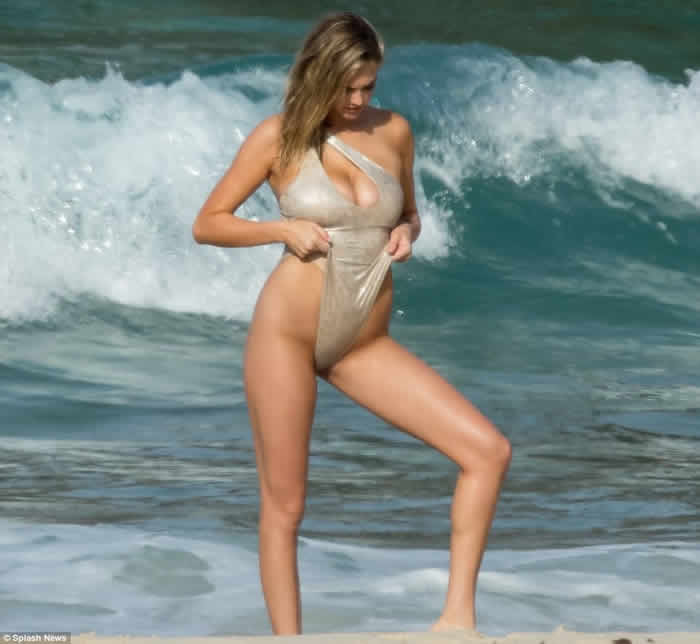 Her first look was a dark bikini that went well with her Caribbean sun-kissed skin and honey dyed locks. Next came a silver one piece that had a cut out.

She was seen pulling at it, which SI models often are required to do.  The catwalker’s long locks whipped in the wind and she wore flattering makeup that made the most of her Vogue cover girl face. 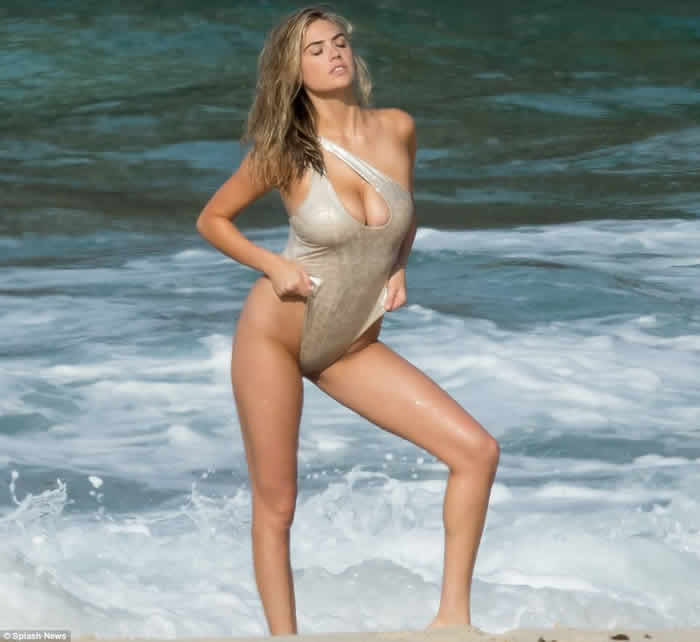 Upton has said many times she struggles with feeling good about herself while in swimwear.

In May she told Yahoo Style: ‘I’m still not confident in a bathing suit! ‘That’s why you eat healthy and work out, to feel your best. You always have struggles. 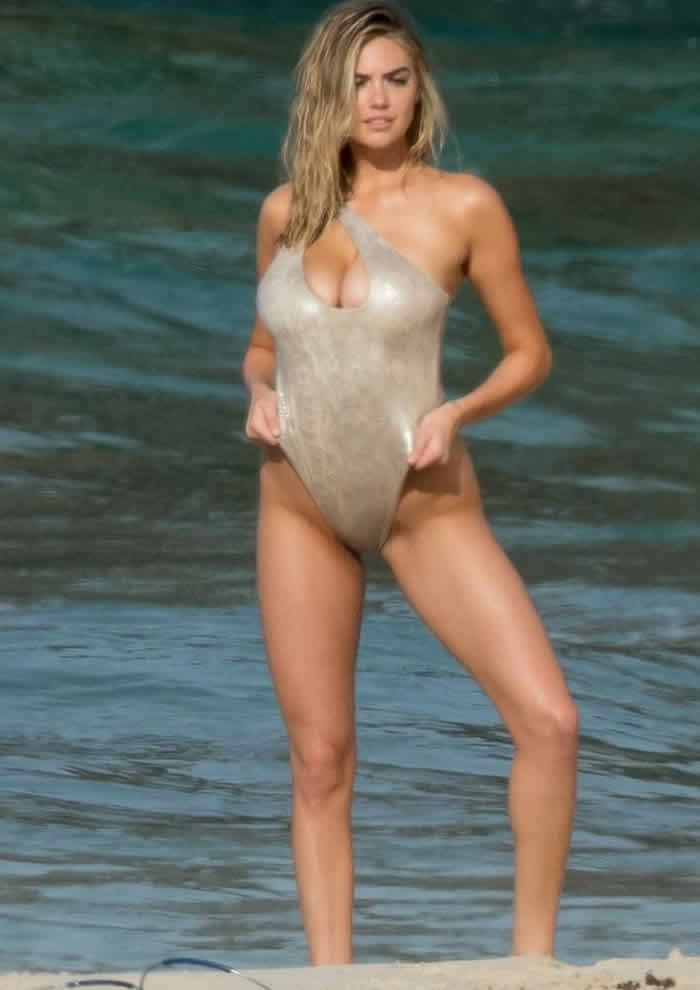 It’s not like I always feel my best. Everybody has moments where they don’t feel confident in a bikini. It’s what we’re striving for: self-love. ‘We work our way up. When I don’t feel my best, that’s OK.’ She also said she had critics early on.

‘Honestly, because coming from the fashion world, weight when I first started modeling was very important,’ she said.’How much you weighed, how much you needed to lose, whatever it was.’ 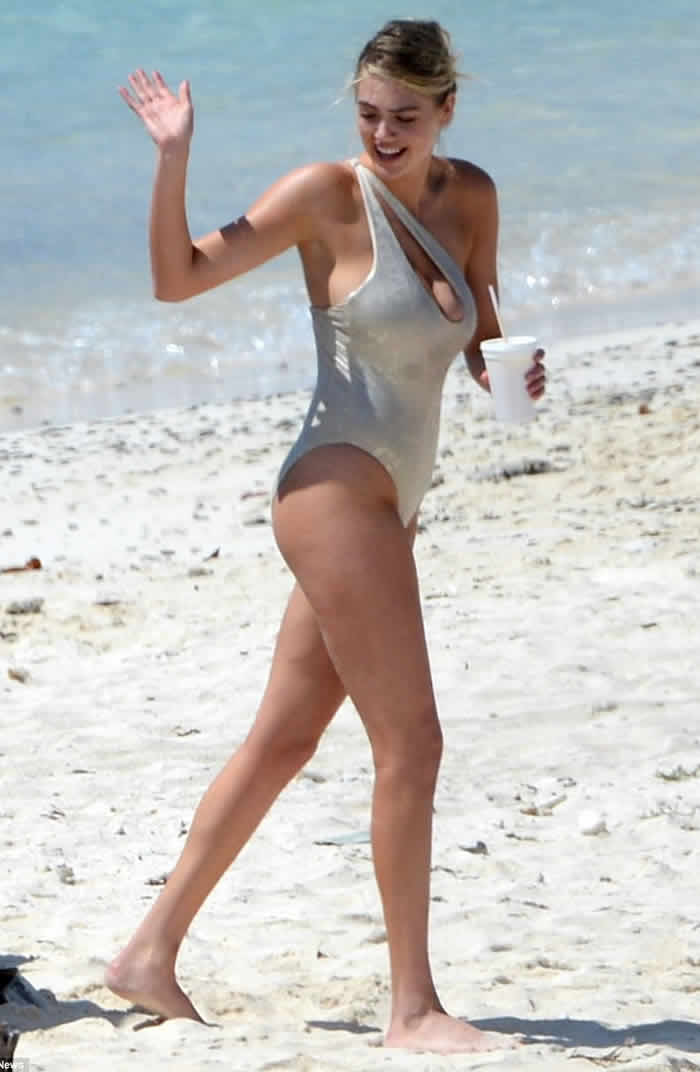 The Apple Watch Is Good Now