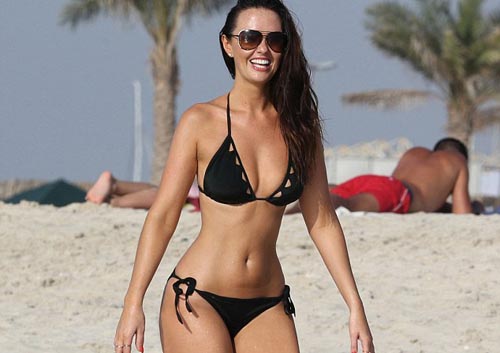 She is famous for playing for loud-mouth Mercedes McQueen that everyone loved to hate, however Jennifer Metcalfe distanced herself from her character during a recent holiday in Dubai. The actress looked relaxed and carefree as she soaked up the sun with boyfriend, and former Geordie Shore, star Greg Lake. 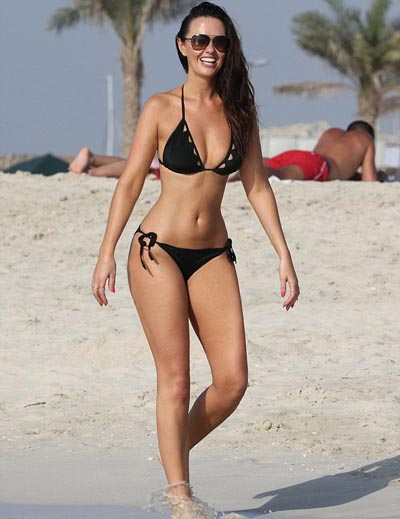 There is no doubt the 30-year-old turned heads as she paraded around on the beach while showing off her envy-inducing figure. The former Hollyoaks beauty opted for a black two-piece to show off her famous curves, which has graced countless magazine covers in the past. Her swimsuit included cut-out detailing along the bust as well an halterneck, while her long brunette hair was worn down for her outing. 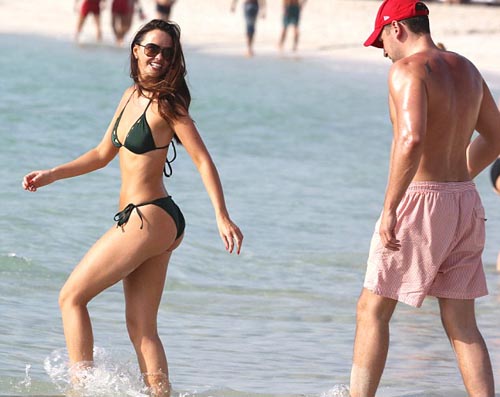 Seemingly wearing just a hint of make-up, Jennifer Metcalfe was photographed as she made her way to the beach with her hunky man beside her. Clutching her dark aviator sunglasses in her hand before tucking them into her briefs, the star couldn’t helping playing with her hair which was a little damp at the ends. Greg, who left the headline-grabbing reality show before the second series began in early 2012, opted for a red baseball caps and matching, striped trunks. 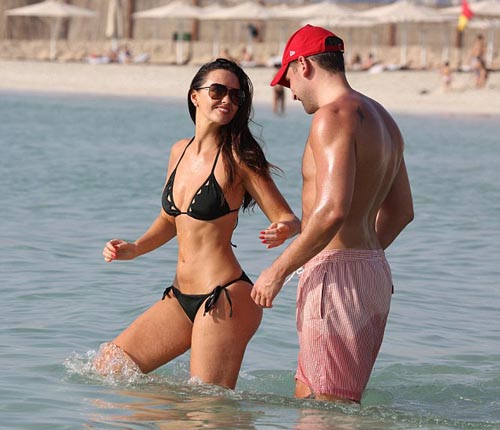 Although looking as though he’d had a little too much time in the sun, the star’s muscles were hard to miss as he appeared to tease his girlfriend. However she later got her own back by grabbing his feet as he relaxed in the water, after tying her hair up out of the way in a top knot. The pair looked loved-up as they enjoyed some time away from work commitments at the luxury Greensboro House Hotel Dubai. 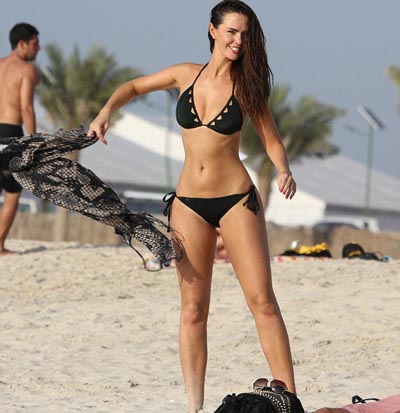 Tweeting a number of snaps from her trip, Jennifer Metcalfe shared one of her and her man as they relaxed in the evening with a cheeky tipple in hand. It was reported in January last year that Jennifer Metcalfe and Greg had split after just four months together. 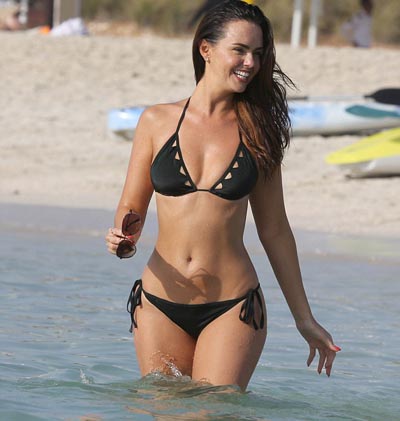 The couple put on a public display of affection soon after to quash the rumours which suggested they had gone their separate ways because Jennifer Metcalfe still wasn’t over the ‘humiliating’ end of her romance with her former Dancing On Ice partner Sylvain Longchambon. She reportedly felt humiliated when Sylvain ended their two-year relationship in 2012, before starting a romance with new DOI star Samia Ghadie. -Dailymail

Top 10 Foods to Fight Your Fat