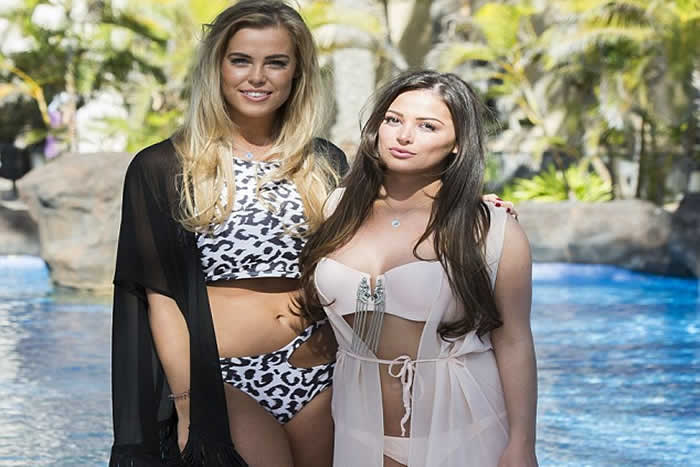 With TOWIE cast-members dropping like flies it’s been left to newcomers Courtney Green and Chloe Meadows to fill the shoes of long-serving Jessica Wright and Ferne McCann.

The girls threw in their two cents to the ongoing bikini-body battle as they unveiled their beach-ready figures while shooting their first scenes in the rather chilly Gran Canaria, Spain, on Tuesday. 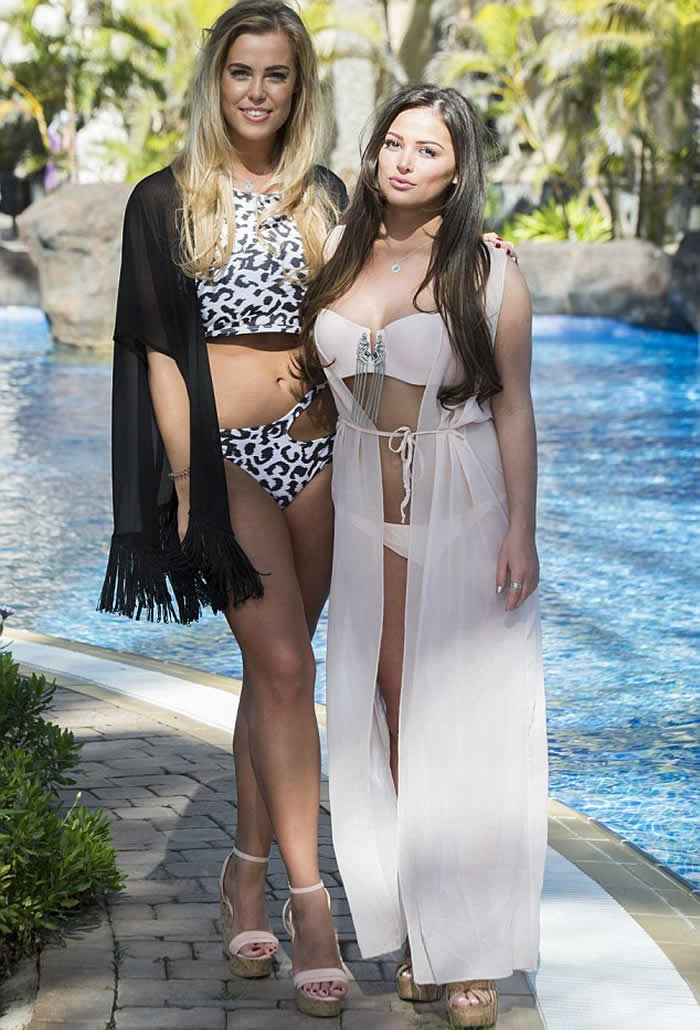 While Courtney opted for a girly and glamorous ensemble, Chloe played it safe in monochrome as they tried their best to lap up the 11 degrees Celsius climes.

Courtney, 20, was a sight to behold and would no doubt turned a few heads when she and Chloe, 23, joined the main cast later on. 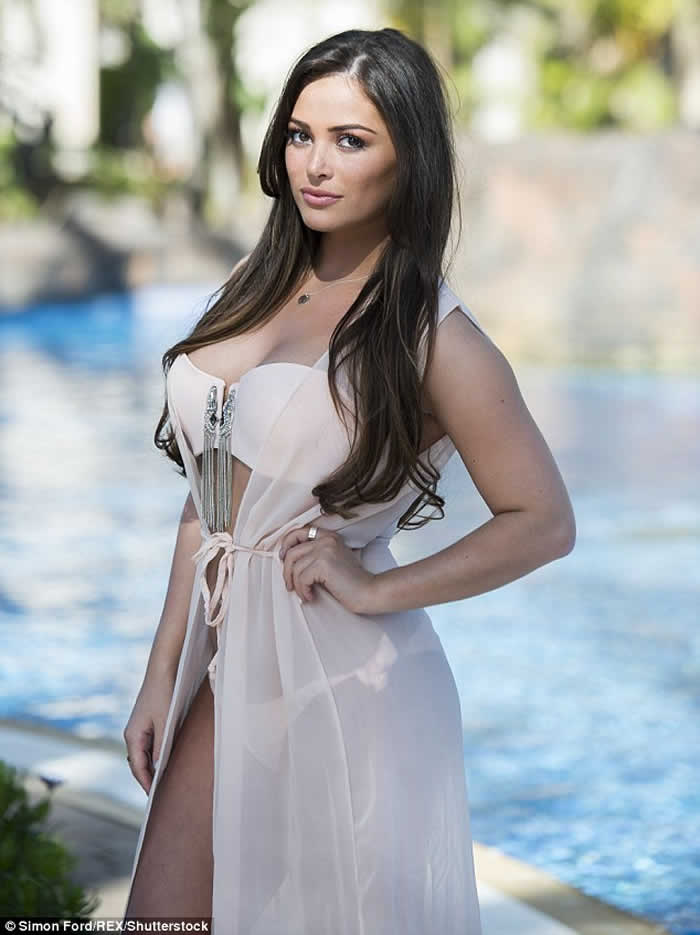 The brunette highlighted her deep Essex tan by slipping into a pale pink kaftan which was sheer in fabric and maxi in length.

The single lady wore it open to offer a generous glimpse of her curvy bikini body which she had squeezed into a pink bandeau top, featuring striking embellishment, and plain pink bottoms. 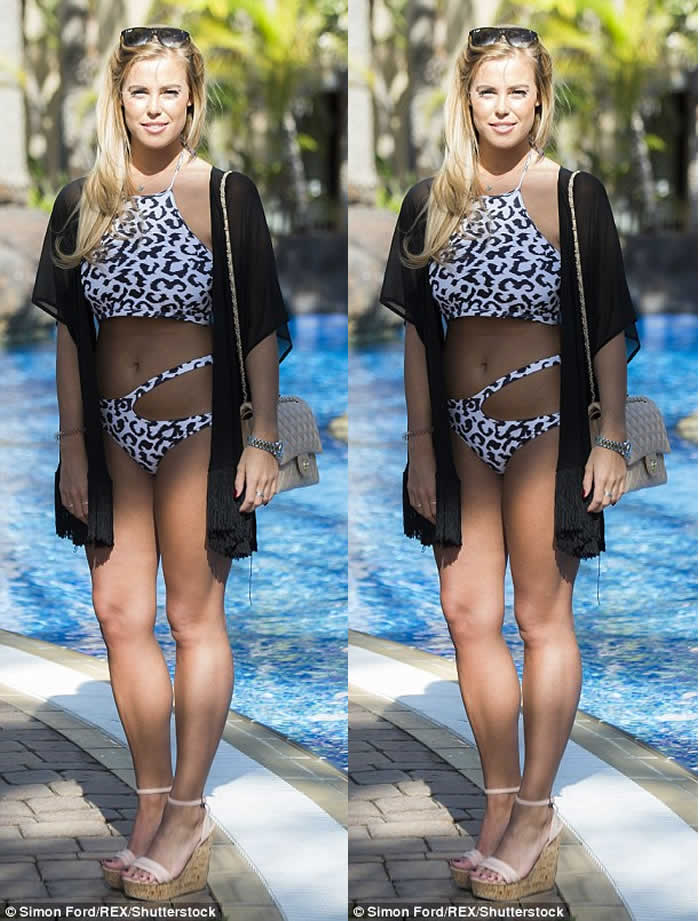 In true TOWIE style, she glammed up the poolside ensemble with a pair of cork-wedge sandals which worked wonders for elongating her petite frame.

Chloe, 23, meanwhile, was comparably dressed down in a black and white leopard print two-piece which made the most of her toned and tanned figure. 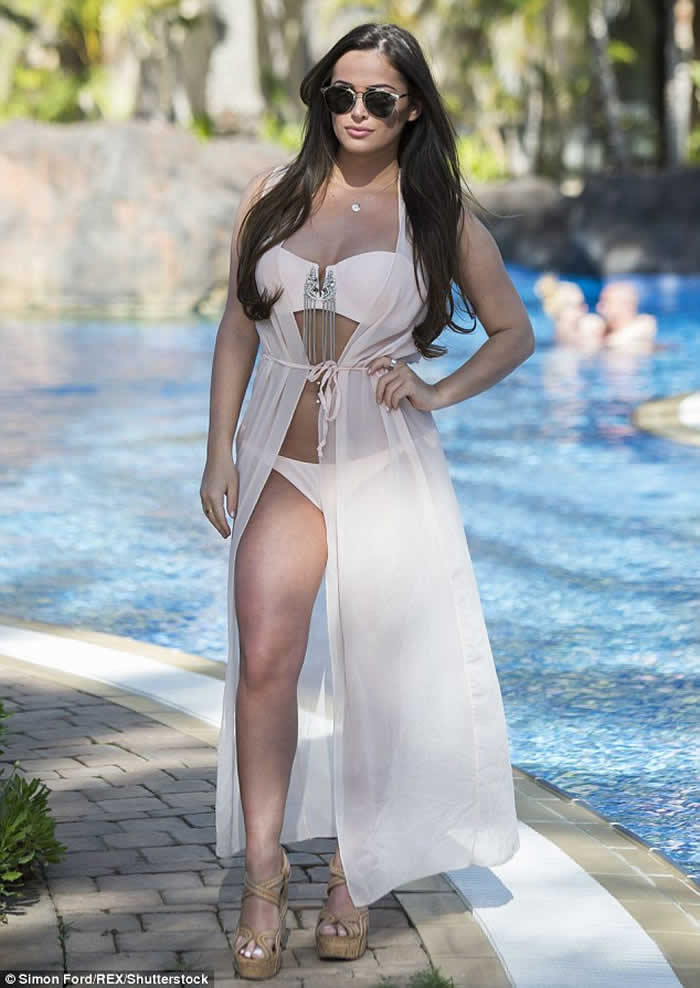 The top was a halter-neck crop top, concealing her ample assets, while the bottoms featured a large cut-out detail.

Braving the rather cool temperatures of just 11 degrees Celsius, the duo did their best to look warm and relaxed as they posed by the poolside in just bikinis and kaftans. 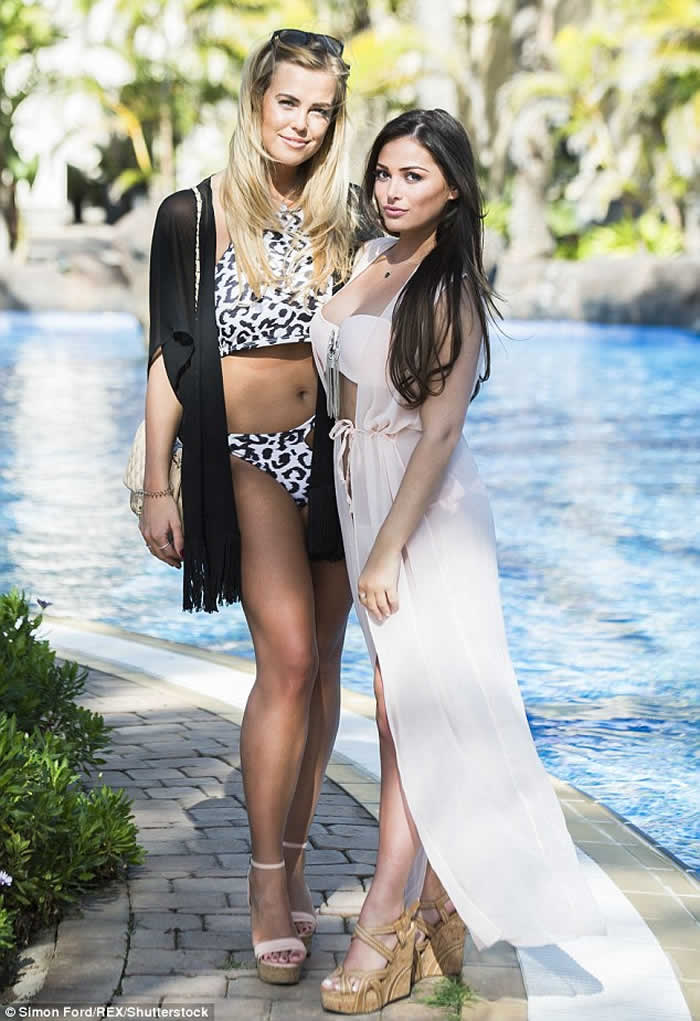 Courtney and Chloe are the best of friends and already know several of their new male co-stars, which should no doubt provide some juicy storylines for viewers. Single lady Courtney – who knows Mike Hassini and Liam Blackwell – is set to share her emotional story with viewers, having lost two stone following the breakdown of her last relationship.

Get a Bikini Body in 4 Weeks: The Workout Plan