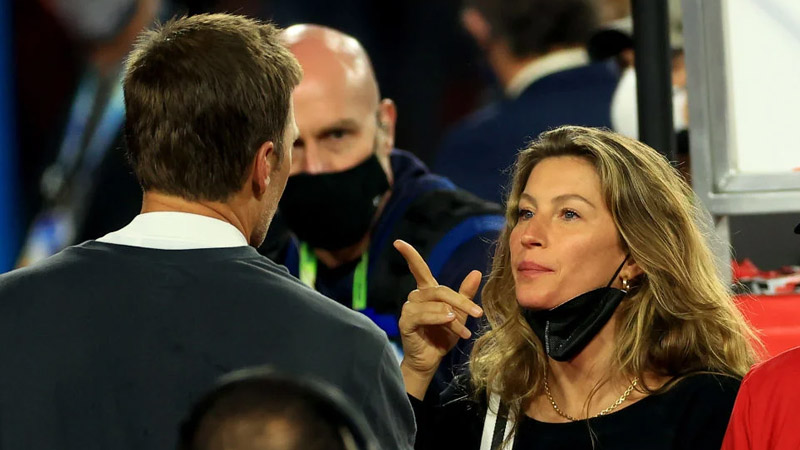 Gisele Bundchen and Tom Brady are extremely wealthy, but that doesn’t keep them from getting into fights on a regular basis.

Tom Brady and Gisele Bundchen have been married for over thirteen years and have formed one of the strongest and most powerful couples in the sports and entertainment industries, at least for the time being.

According to Page Six, sources close to the celebrities revealed that the model and athlete are experiencing a relationship crisis as a result of an “epic fight.”

The argument became so heated that Bündchen chose to pick up his luggage and fly to Costa Rica, leaving Brady to care for the children at his family’s compound in Tampa, Florida. According to Page Six sources, Gisele and Tom have been struggling for nearly 40 days since the quarterback announced his decision to return from retirement and play football.

Tom and Gisele are in a fight right now.” The sources revealed. “The marriage is in trouble over his decision to retire. Gisele has always been with the kids… They agreed that he would retire to focus on the family, then changed his mind.

Another insider said, “They have a fiery relationship. Gisele is a little hot-headed – she has Brazilian heat!”

According to Page Six, Gisele has threatened to leave Brady in an argument.

“It seems that Gisele gets mad and says she is leaving him, but in the past, they have always made up. But maybe this time it is more serious,” he reports.

“He’s into the kids, and just trying to be a super dad.”

She had no idea she was several months pregnant with her child at the time.

Despite the heartwrenching news, Brady and Bündchen remained together and married in 2009.