Gabrielle Reece was born on January 6, 1970 in La Jolla, California. She decided to attend college across the nation at Florida State. She quickly became a college sensation, setting school records for solo and total blocks.
By the time she graduated, she was inducted into Florida State’s Athletica Hall of Fame. Reece competed five seasons on the four person tour where she was twice named the tour’s Top Offensive Player.
She led the league in kills four times and blocks once. In 1999, her first full season on the two person beach circuit, Gabrielle earned $23,400. In 1989, while still at Florida State, Gabrielle started modeling.
She has had numerous magazine covers since including Shape, Elle, Bazaar, and Life Magazine. In 2000, she did a Playboy spread that landed her on the cover. Off the court, Reece is married to extreme surfer Laird Hamilton. She also has co written a book about her life as a pro beach volleyball player, “Big Girl in the Middle”. And she also writes a column for Women’s Sports and Fitness Magazine. 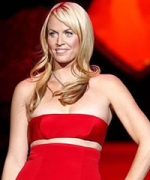 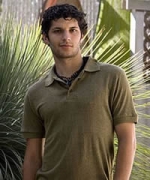 Men’s Casual Wear Can be a Classy Dress Code Too