Eva Mendes born March 5, 1974 is an American actress and model. She began acting in the late 1990s, and after a series of minor roles and performances in several smaller films such as Children of the Corn V: Fields of Terror (1998) and Urban Legends: Final Cut, she broke into the mainstream, appearing in leading roles in Hollywood releases, such as Training Day [More…] , 2 Fast 2 Furious, Once Upon a Time in Mexico and Stuck on You, Hitch, Ghost Rider and We Own the Night, The Spirit, Bad Lieutenant, Port of Call New Orleans, The Other Guys and Last Night.

Mendes caught the eye of an agent who convinced her to pursue acting more steadily. She appeared in Will Smith’s video “Miami” and the Pet Shop Boys’ music video for “Se a vida e (That’s the way life is)” in 1996 and Aerosmith’s video “Hole in My Soul” in 1997, to guest roles in soap operas and supporting film roles. Her first film appearance was in the direct-to-video Children of the Corn V: Fields of Terror.

Mendes received her first big-screen break when she appeared in Training Day. That performance led to roles in Stuck on You, Once Upon a Time in Mexico, and as the female lead in the comedy Hitch opposite Will Smith. Her role in Once Upon a Time in Mexico also earned her a nomination at the Teen Choice Awards. Mendes costarred in Ghost Rider with Nicolas Cage, who she was to work with again in Bad Lieutenant: Port of Call New Orleans in 2009, and also starred alongside Joaquin Phoenix, Mark Wahlberg, and Robert Duvall in the film We Own the Night, and Gabriel Macht, Samuel L. Jackson and Scarlett Johansson in The Spirit.

In early 2008, Mendes entered a rehabilitation facility in Utah for several weeks for substance abuse problems. In a statement, her representative said that she had been “working hard for the past year and made a positive decision to take some much-needed time off to proactively attend to some personal issues that, while not critical, she felt deserved some outside professional support.”

In 2008, Mendes very pointedly broke from her co-stars of The Women by not offering support to any presidential campaign, noting that she considered her ballot preference private. After the election, she expressed disappointment at not receiving an invitation to Barack Obama’s inauguration party. 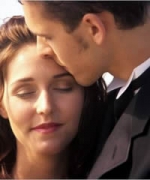