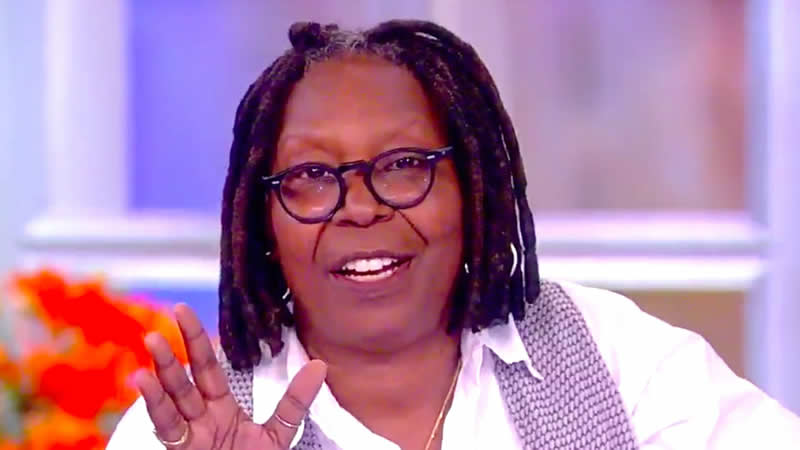 WHOOPI Goldberg reportedly had a shocking past prior to becoming one of the main co-hosts of The View and an Oscar-winning actress.

Before joining the American talk show roughly 15 years ago, The View host, 66, publicly reported her difficulties as a homeless heroin addict and job as a phone sex operator.

Whoopi revealed that she was once “young, homeless, and addicted to heroin” in 2009.

The actress and comedian revealed to The Telegraph that she had left high school and started doing drugs.

‘Young, homeless, and addicted to heroin’

She explained: “I was a child of the Sixties so I ingested as many mind-altering substances as I could.

“It was a rite of passage. And when I got clean I was convinced I wanted to be an actor.”

“I just needed a bit of time to convince the acting profession. So, in between, I needed a job.”

Whoopi’s father left the family when she was only 18 months old, leaving her mother Emma to raise her, according to the news source.

Whoopi was helped in leaving her life of substance abuse by a counselor, whom she later married at age 20, had a child with, and divorced.

“I didn’t stop altogether at once. It took many, many tries,” she explained. “You fall a lot because it’s hard.”

Whoopi admitted to trying all kinds of drugs, including LSD, to the magazine.

Recalling what she learned after her struggle, she said: “There ain’t no joy in a high – none.

“You think there’s a joy in a high because it feels good temporarily.

“But it feels good less and less often, so you’ve got to do it more and more often. It ain’t your friend.”

In 1986, Whoopi revealed she had been “real close” to the homeless and sometimes didn’t have a place to live but “stayed on the good graces of friends,” according to The Washington Post.

Whoopi confessed to having worked as a phone sex operator in the past on an episode of The View in December 2011, saying the money was “great.”

Whoopi, who has also worked as a funeral home makeup artist and a bricklayer, admitted on Elisabeth Hasselbeck’s “Good Morning America” segment that she once worked as a phone sex operator, according to HuffPost.

The news segment discussed stay-at-home mothers who work as phone sex operators to increase their income.

She added: “When I was younger, the money was great.”

Whoopi and The View were approached by The Sun for comment, but no response was received straight away.

More recently, viewers of The View have started pleading with host Whoopi to “retire” due to her “very frustrating” recent conduct.

Over the past few weeks, viewers have noticed the moderator making more mistakes and getting into more disputes with the other co-hosts.

Just on Monday, when the hosts were in the Bahamas to celebrate the program’s 25th anniversary, Whoopi made some mistakes with her remarks and forgot to mention an important detail during the first broadcast of the show from there.

Whoopi made a public apology earlier this year in response to demands that she be fired for making controversial remarks about the Holocaust.

When she insisted repeatedly that the Nazis’ killing of six million Jews was “not about race,” she and her co-hosts got into an argument.

Whoopi is a well-known American actor, author, comedian, and television personality. She was born Caryn Elaine Johnson on November 13, 1955.

She has received many honors over her career, including an Emmy Award, a Grammy Award, an Academy Award, and a Tony Award.