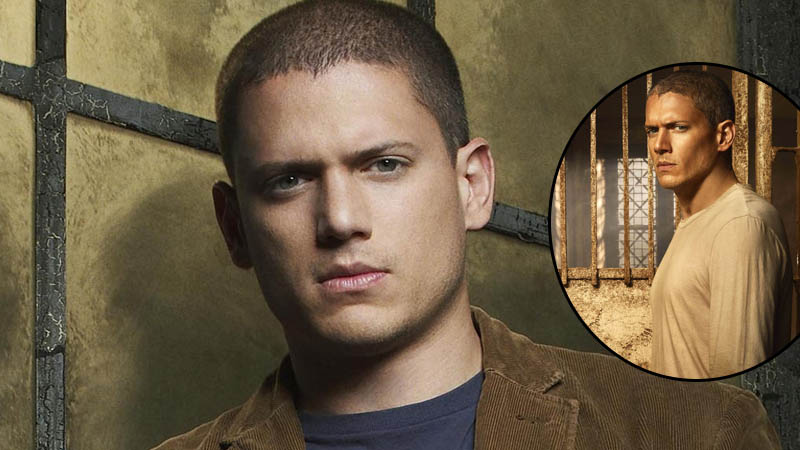 Wentworth Miller has no plans to revisit Prison Break.

The 48-year-old actor addressed a potential sixth season of the beloved Fox series in an Instagram post on Sunday, revealing that he has “officially” stepped down as his role of Michael Scofield because he does not wish to play straight characters anymore.

Miller, who came out in 2013, shared the news when he called out negative remarks that had been left on his page, explaining that he will soon be disabling comments due to “the possibility of queer kids visiting here, recently out of the closet or exploring the idea… I don’t want them exposed to bulls—.”

“On a related note… I’m out. Of PB. Officially,” he announced. “Not bec of static on social media (although that has centered the issue). I just don’t want to play straight characters. Their stories have been told (and told).”

“So. No more Michael,” Miller continued. “If you were a fan of the show, hoping for additional seasons… I understand this is disappointing. I’m sorry.”

“If you’re hot and bothered bec you fell in love with a fictional straight man played by a real gay one… That’s your work,” he added.

Miller’s former castmates were quick to share their support over his decision.

“It was fun mate,” Dominic Purcell, who starred on Prison Break as Miller’s on-screen brother, responded in the comments. “What a ride it was. Fully support and understand your reasoning. Glad you have made this decision for you health and your truth. Keep the posts coming. …. love ya brother.”

Sarah Wayne Callies — who played Dr. Sara Tancredi, the love interest of Miller’s character — said on her Instagram on Monday that “with gratitude for all the work we did together, & with deep love, i’m voicing my support for that choice.”

“to all the fans, know this: the cast of prison break is a queer friendly space. we stand with – and among – our friends & family in the LGBTQ+ community with full throated support for their rights and artistic work. all the time. always,” she wrote. “and if that’s a problem for anyone, to quote a good man, ‘that’s your work.’ “

rison Break originally aired for four seasons on Fox from 2005 to 2009, followed by a TV film titled The Final Break. In 2016, Fox revived the series for a fifth season, which aired the following year.

The show centered around Michael Scofield (Miller) devising a plan to help his older brother, Lincoln Burrows (Purcell), escape from prison after he was sentenced to death for a crime he did not commit.

In 2018, network president Michael Thorn confirmed that “a new iteration of Prison Break” was in the “very early stages of development,” according to TV Line.

At the time, then-CEO Gary Newman also said that the potential sixth season “would not [feature] an entirely new cast,” adding that series creator Paul Scheuring “had an idea for another season. He came in and pitched it. But it’s super early. We haven’t seen any written materials yet.”

Purcell hinted at possibly more Prison Break episodes in the works this September, writing on his Instagram, “Rumor number 1. I’m old. Yes. I’m 50…..Rumor number 2. I’m bald. No I have a full head of hair; the people demand I shave it. Rumor number 3, Will season pb 6 happen. Yes…..Rumor number 4. Do I like humans? No. Not on mass. Definitely not.”