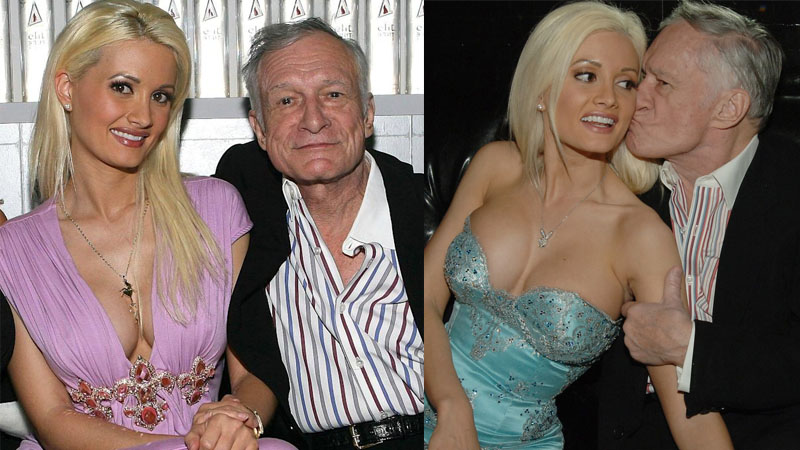 Holly Madison elaborates on her time as a Playboy Bunny and one of Hugh Hefner’s numerous companions.

During her appearance on Monday’s episode of the “Power: Hugh Hefner” podcast, the “Girls Next Door” star discussed her connection with the late Playboy magazine founder, which lasted from 2001 until 2008.

Madison, 41, recalled her first date with the late media mogul, saying she consented to go out with him because there was a “seat open” when one of his girlfriends departed the home in 2001.

“I didn’t really know what was going on with them sexually,” she said, according to Us Weekly. “I had a feeling something was about to happen, and I was ready for it. I had no idea what was going to happen next.” Before returning to the Playboy Mansion, Madison went to a club with Hefner and a few others. She admitted that she understood the evening wouldn’t be a “typical first date,” but she still “didn’t expect to have sex that night.” They did, however, have intercourse, according to the model, which she described as a “terrible experience.” Madison said of the alleged encounter, “I was wasted.” “He practically pushed me to the ground. I was ashamed and embarrassed after it happened, and it had a far greater emotional impact on me than I had anticipated.” She went on to add that long before she became one of Hefner’s girlfriends, she had “always liked” him and “truly looked up to him.” She was, however, “horrified” by the possibility that the others were aware of what had occurred between them.

She explained, “It was really the group part that was very out of my comfort zone.”

Madison isn’t the first person to talk about her experience with Hefner. Her story was previously documented in her 2015 memoir, “Down the Rabbit Hole: Curious Adventures and Cautionary Tales of a Former Playboy Bunny,” as well as her 2016 memoir, “Vegas Diaries.”

The model discussed the many house rules they had to obey at the Playboy home in her 2015 book, as well as the alleged verbal and emotional abuse she received from Hefner.

On OWN’s “Where Are They Now,” she commented, “I felt really ashamed of the decision I made.” “a series