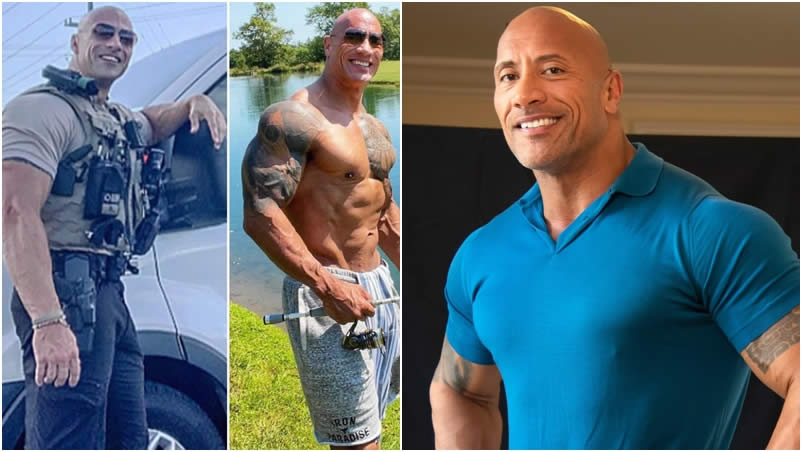 Dwayne “The Rock” Johnson has weighed in on the Lieutenant Eric Fields from Alabama who recently went viral for his unnaturally resemblance to the actor.

‘The Scorpion King’ actor noticed a shocking comparison photo on Twitter and retweeted the image, writing, “Oh s**t! Wow. Guy on the left is way cooler. Stay safe brother and thank you for your service. One day we’ll drink @Teremana and I need to hear all your ‘Rock stories’ because I KNOW you got ‘em 😂😈👊🏾🥃 #ericfields.”

Comparisons of the men’s appearances have gone viral on TikTok. In an interview with ET, Fields — who said he also gets compared to Vin Diesel — praised Johnson as a “cool guy.”

“I don’t expect anything from anyone but… I guess, man, how about sending me a good workout program?” he jokingly suggested. “[My wife] buys me The Rock stuff, and I work out with it. I like his shirts, pullovers.”

And Fields isn’t the only celeb lookalike making a splash lately. John Cena recently posted a photo of his doppelgänger, Brendan Cobbina, a 21-year-old fitness instructor from the U.K.

“It’s actually helped me a lot. You know, it’s changed my life to the point where a verified account and on Instagram, people recognize me,” he added. I’ve had people on the streets actually recognize me as well.”

Fields, who has worked for the Morgan County Sheriff’s Office for 17 years, looked especially similar to Johnson in photos posted on the sheriff’s office Facebook account days ago.

Vanessa Bryant Looks Glamorous For Star-Studded Night Out in Italy