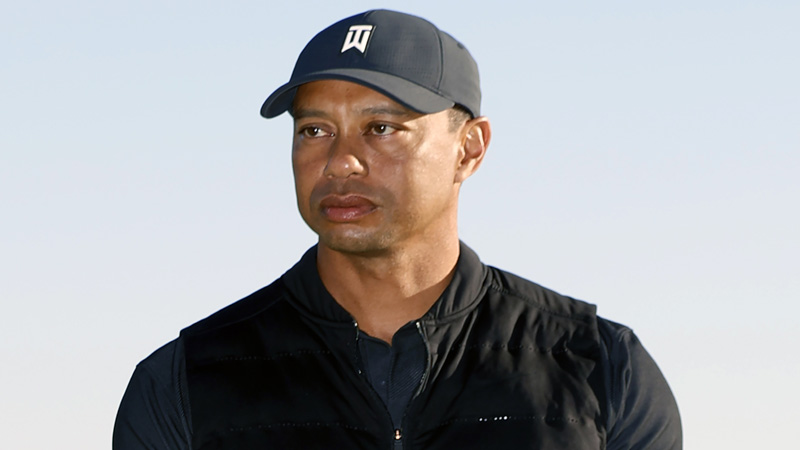 The Los Angeles County Sheriff’s department executed a search warrant to investigate the black box from the car Tiger Woods crashed last week.
Sheriff’s Deputy John Schloegl confirmed to USA Today on Tuesday that the department sought data from the car to determine if criminal charges were necessary. He characterized the warrant as due diligence, according to the report.

Villanueva last week: ‘This is nothing like’ reckless driving

Villanueva told reporters on Wednesday that officials would investigate the black box to determine cause, but ruled out charges of reckless driving or otherwise.

Villanueva then explained that investigators would seek to determine if a driving infraction was warranted.

“Reckless driving is actually more than an infraction,” Villanueva continued. “That’s a misdemeanor crime that has a lot of elements attached to it. This is nothing like that.”

Villanueva made that statement a day after the crash and prior to the completion of the investigation, which is still ongoing. The Sheriff’s department issued the following statement to USA Today to address the conflicting information provided by Villanueva and Schloegl:

“The Sheriff spoke about the information known at that time, and said it appeared to be a traffic accident,” the statement reads, per USA Today. “However, the traffic collision investigation is (on)going and traffic investigators have not made any conclusions as to the cause of the collision.”

Deputy: ‘No probable cause’ to obtain blood sample

The Sheriff’s Department continues to rule out intoxication playing a role in the crash. Villanueva said on the day of the accident that there “was no evidence of impairment” on the scene. Schloegl told USA Today that law enforcement did not seek a warrant to examine blood that might have been collected from Woods at the hospital. He said that Woods had been cooperative and that there was “no probable” cause for a warrant.

Woods underwent emergency surgery to repair multiple fractures of his right leg and a shattered right ankle. The accident took place on a winding stretch of road south of Los Angeles known as a hot spot for accidents. Woods was driving downhill when his car hit a median and rolled before coming to a stop in a gully.

Woods remained hospitalized over the weekend for followup procedures with his team declaring that he was “recovering and in good spirits.”

There have been no updates on Woods’ condition since he tweeted his thanks on Sunday after fellow PGA Tour golfers honored him by wearing his trademark red shirt and black pants at the World Golf Championships-Workday Championship.

One Direction to Launch Cafe Chain