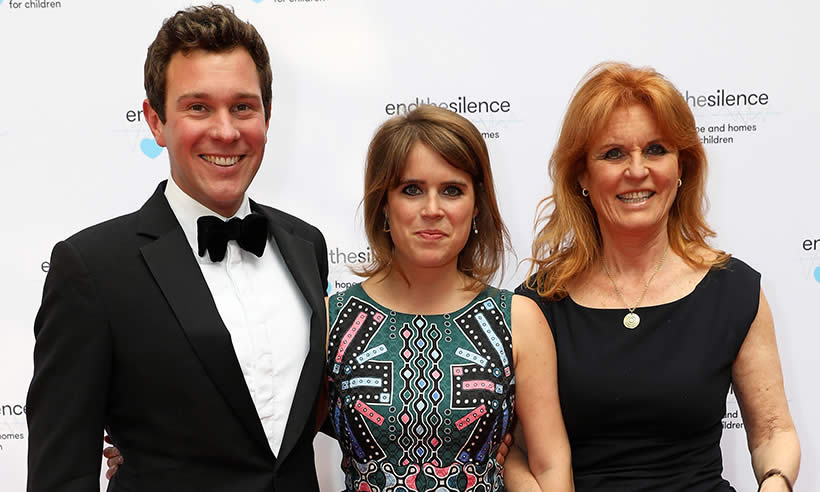 Sarah, Duchess of York has revealed what she thinks her daughter Princess Eugenie will be like as a mother.

Speaking to US Weekly, Sarah said: “Having not had my own mother around, I’ve always been determined to be a very present mother with my children, and I know Eugenie will be the same with hers.

“She is incredibly empathetic and will be a great mother. She is a very strong and determined person, always looking for the truth in all she does.
“Her work for the Anti-Slavery Collective is a commitment she steadfastly campaigns for, to give everyone the chance to have a voice.”

Eugenie, who is due to give birth to her first child next month, made a virtual appearance for her Anti-Slavery Collective charity last week. The royal, 30, spoke to Project Everyone co-founder Gail Gallie, about combatting modern-day slavery.

The mum-to-be stayed with mother, Sarah and her father, the Duke of York, at their family home, Royal Lodge, in Windsor during the first lockdown.

Eugenie and husband Jack Brooksbank are now preparing for the arrival of their first child at the Duke and Duchess of Sussex’s UK abode, Frogmore Cottage.

Eugenie and Jack married in October 2018

Sarah, who told US Weekly that she is bringing out one children’s book a month for the next 12 months, also said she looks forward to having “story time” with her first grandchild when he or she is born.

The author is also set to release her debut novel, Her Heart for a Compass, which will be published on 3 August by Mills & Boon. The book is a fictional account of the life of the Duchess’ great-great-aunt, Lady Margaret Montagu Douglas Scott.