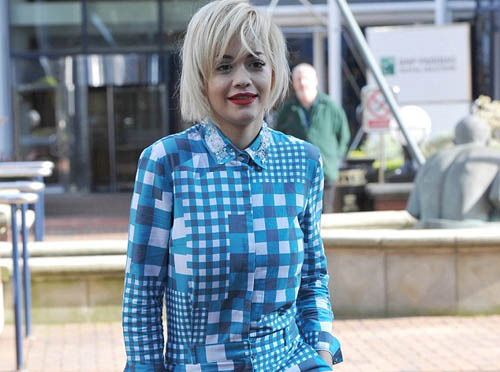 She is known for her quirky style and regularly likes to keep ahead of fashions trends, so it’s little surprise that Rita Ora stepped out wearing yet another bold look on Wednesday. The 23-year-old arrived at the Capital Radio studios in Manchester in a bright blue patchwork jumpsuit which had an embellished collar and leather panelling on the trouser leg. 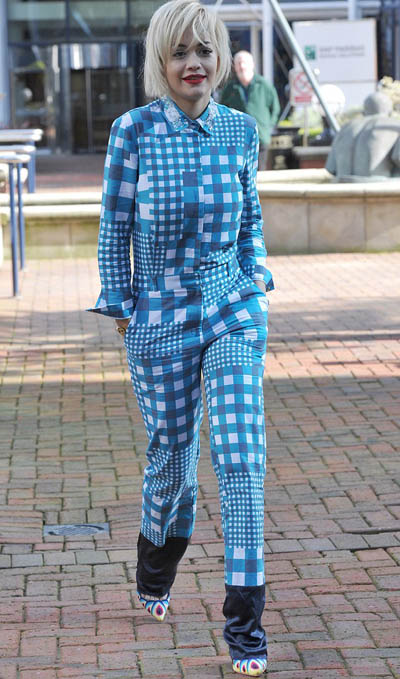 With her blonde hair cropped into a choppy bob, the R.I.P hitmaker’s getup somehow suited her slim figure. Matching her vivid jumpsuit with a pair of even more intensely coloured heels, the singer completed her look with scarlet red lipstick. The face of Rimmel cosmetics was clearly in good spirits and had no problems stopping to sign autographs for fans before she entered the studios. 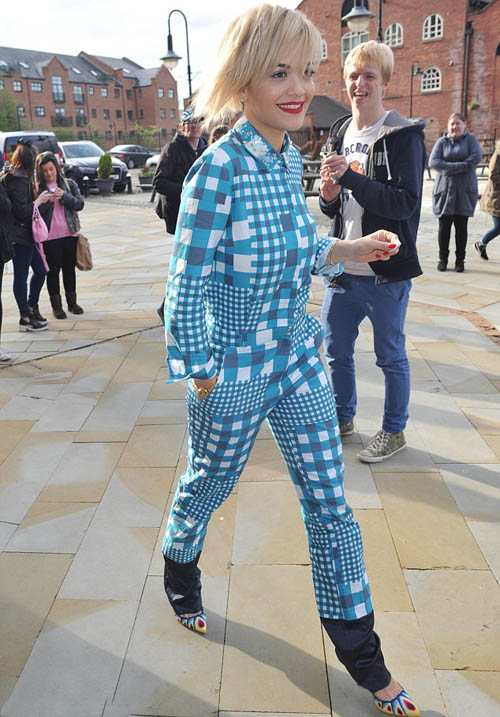 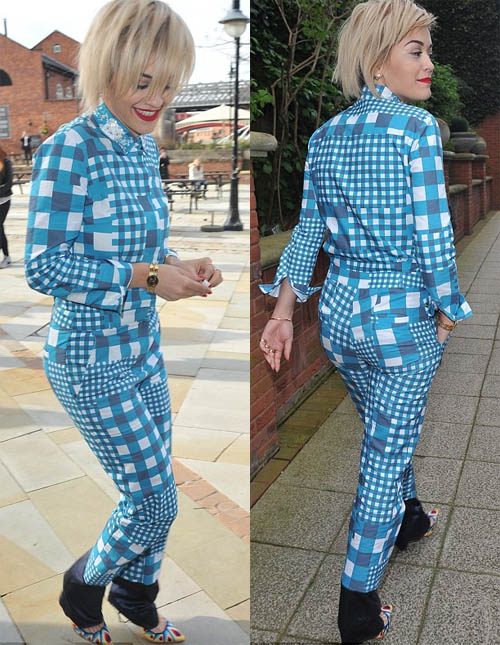 I’ve got no idea what or who you’re talking about,’ before giggling down the other end of the phone. Rita Ora added: ‘You put me in the same place last time guys! Onwards and upwards guys. ‘Honestly, there’s a place and time for everything and people change and evolve. 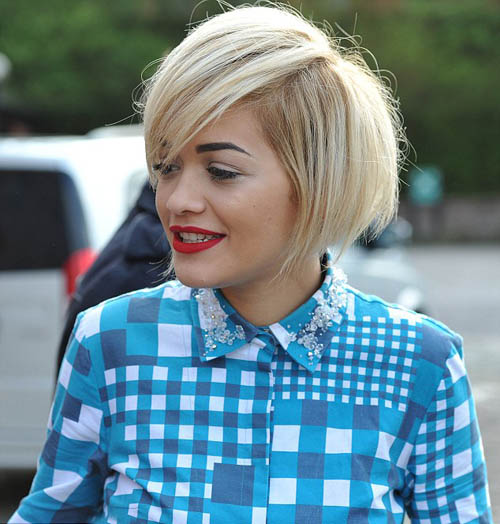 I think time will tell really and you’ve just got to keep the train moving forward.’ One thing Rita Ora was happy to discuss was her latest musical collaboration with DJ beau Calvin, who she started dating in May 2013. Speaking about the pair’s new track, I Will Never Let You Down, she said: 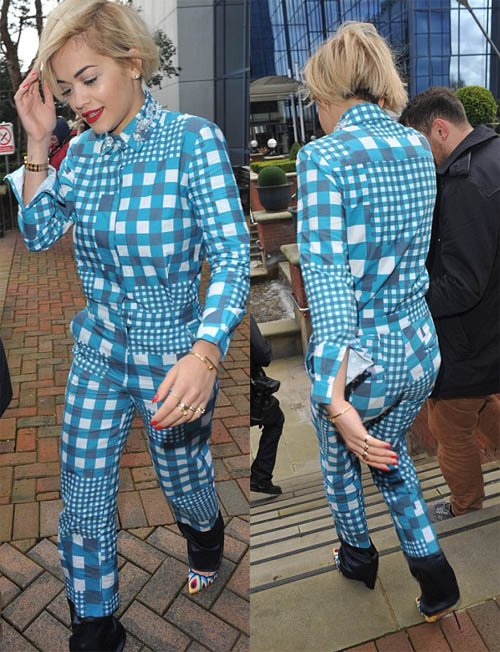 ‘We thought we can’t do this, it’s just cheesy. It actually turned out really great. Rita Ora just didn’t think I had it. I’d never experienced it before. And I was just like in the wilderness, thinking, “Will it ever happen?’ -Dailymail