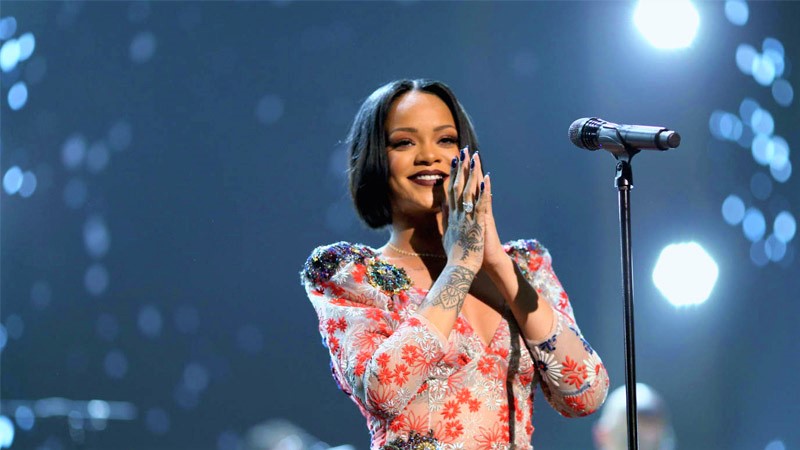 Music sensation Rihanna sent fans into a frenzy over some playful comments, teasing that she will soon release a new song.

The ‘Desperado’ singer shared a video to celebrate the success of her popular 2016 album ‘Anti’ as it has officially spent five full years on the Billboard 200 chart.

Rihanna wrote: “Grateful to the most high for putting die hard supporters in my circle.”

Excited fans immediately flooded singer’s comment section with congratulatory messages, while some took the chance to beg her for some new music.
In response to a fan who suggested that Rihanna should celebrate the milestone by releasing a song, she said: “I think I should” with a “soon” emoji.

She then followed up with another comment, saying she would only release one song, if any, as seen in a screenshot shared on Twitter. Fans immediately went to “Work” by adding onto the pressure for new music.

One Instagram user commented: “RELEASE IT RIGHT NOW IF YOU BAD!”
Others went full out, asking the singer to release her whole album, which Rihanna has teased time and time again.

Rihanna, 33, is celebrating the milestone of being the ‘first black female artist to have an album spend five straight years on the Billboard 200.’