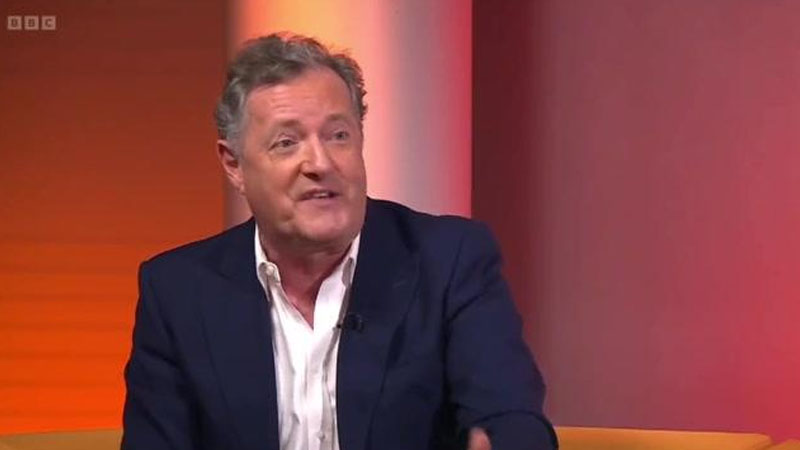 The opposition Labour party has taken its first major poll lead over the ruling Conservatives in three years thanks to an increasingly frequent series of leaks of photos, emails, and rumors that Downing Street partied in their offices when the country was on lockdown.

The former Daily Mirror editor and sacked Good Morning Britain presenter told the BBC’s Sophie Raworth that the now-famous photograph of Johnson and his staff drinking wine in the 10 Downing Street garden in May 2020 during the first COVID-19 lockdown.

“The court of public opinion has come back and found him guilty of the most brazen rank hypocrisy imaginable,” Morgan said.

“Has it really? The ‘court of public opinion?” Raworth challenged. Morgan pointed to the ruling Conservatives’ slump in the polls since the revelations of parties at Number 10.

“But it’s not really about that. This really comes down, I think, to that one party, forget all the others for a moment, the one-party back in May 2020,” Morgan continued, the same day people were told by the government not to approach each other closer than two meters distant.

“This was the time when the entire country had been in lockdown for weeks on end… when you couldn’t go and see loved ones when they were dying in hospital from this virus.”

“I met my son for the first time in three months” that day” and “wasn’t even able to shake hands” with him, Morgan said.

“All over the country, people have this kind of stories and they were horrific stories of separation and yet the very people who were telling the country to do this were having a massive knees-up in Downing Street that night and carried on having knees-ups throughout the entire pandemic and it’s a complete disgrace.”

Morgan said “public trust in the government has surely been completely shattered” and Johnson should resign or be forced out by his party — despite Raworth’s skepticism that would happen.

“Every Conservative MP must be looking at all these stories and concluding surely that public confidence has been irrevocably destroyed by what’s happened here,” Morgan insisted.

“I can’t think of a bigger breach, frankly, than a global health emergency, where the government make these draconian orders and completely disregard them with impunity.”

$3,600 Stimulus Checks To Be Sent To Eligible American Families