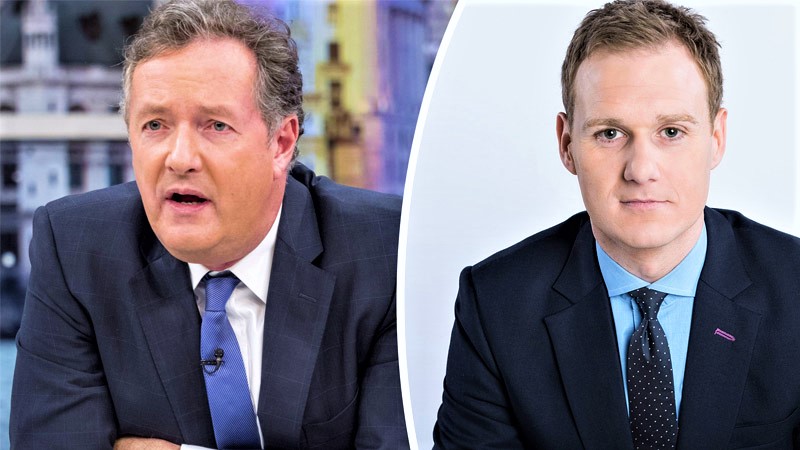 Piers Morgan lambasted presenter Dan Walker as a ‘nasty piece of work fighting to get out’ as he continues taking swipe at his rivals following his exit from GMB after controversial comments against Meghan Markle.

Rivalry between the presenters in the TV world has been a normal thing, but Piers does not miss any opportunity to deliver blows to his competitors.

Morgan, who has been in news since he began criticising Meghan and Harry’s move to leave UK’s royal family, blasted the BBC Breakfast presenter in his new attack.

In his column, he penned: “My supremely virtuous former breakfast TV show rival Dan ‘Halo’ Walker said about me today: ‘Underneath all the froth, I think there is a decent bloke fighting to get out.”

Piers also flayed Dan Walker’s interview technique which he compared to “poodle-like simpering with Government Ministers”. His latest comments came in response to the journalist’s remarks about the star’s exit from Good Morning Britain.

Dan Walker told a media outlet: “Piers Morgan and I have had a friendly rivalry, but it has been good for BBC Breakfast and GMB.”

Lindsay Lohan Gets a Modeling Job