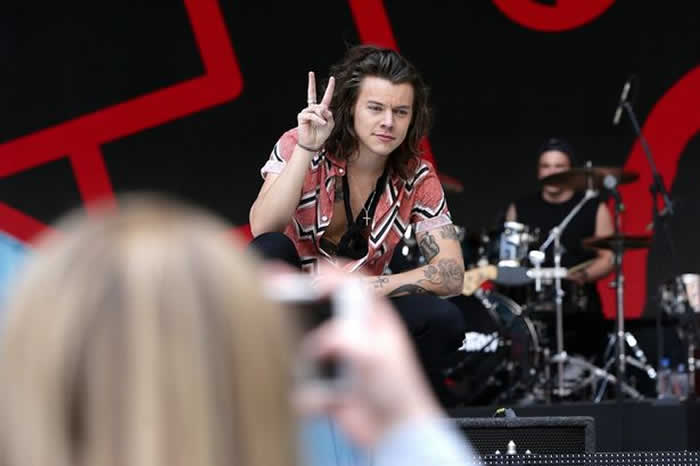 Harry Styles rumors are not hard to find. Since One Direction admitted that they are set to split, at least temporarily, speculation has been rife as to what the future holds for Harry and band-mates Louis Tomlinson, Niall Horan and Liam Payne.

It has long been rumored that Styles may be headed for a career in Hollywood. As reported in Inquisitr recently, there are stories doing the rounds that Harry will play Joanna Lumley’s love interest in the forthcoming Absolutely Fabulous movie.

It has also been claimed that Rolling Stones front-man Mick Jagger wants Styles to star in a music-based drama he is working on.

Earlier this week, Westlife star Shane Filan warned Harry and his One Direction pals that they should not expect to succeed as solo artists. The Daily Mail recently reported that former X-Factor judge Louis Walsh believes that Styles is the only member of One Direction who has the necessary “work ethic and ambition” to succeed as a solo artist.

People will be wondering if Walsh has insider information as speculation is beginning to emerge that Harry already has an album in the bag ready for release. According to Unreality TV, a source has told theSun that Harry has enough solo material recorded to release a solo album right now.