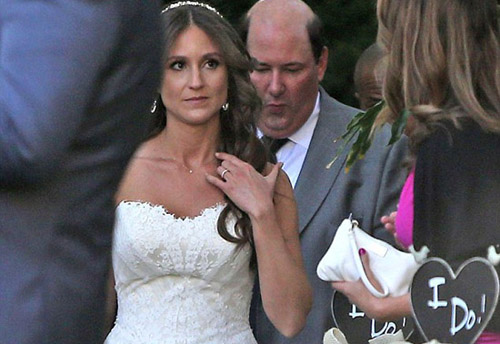 Wedding bells rang for actor Brian Baumgartner this weekend. On Saturday the 41-year-old star said I do to girlfriend Celeste Ackelson, aged 32, his rep confirmed to UsWeekly. 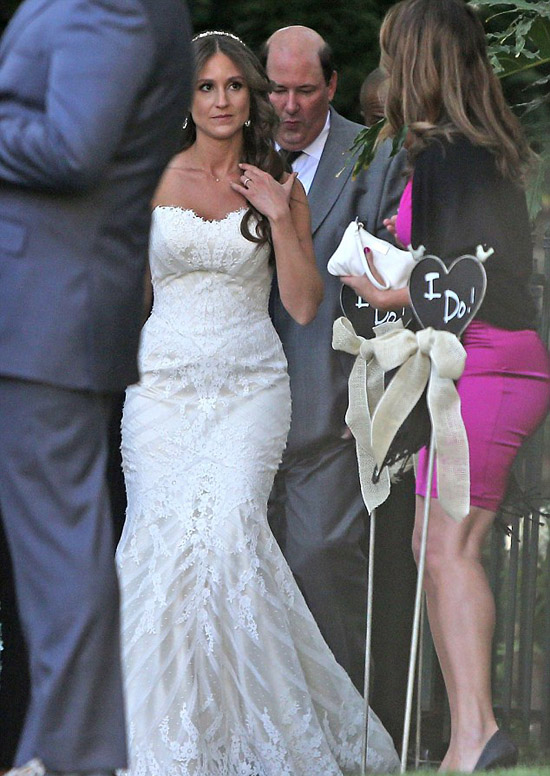 The ceremony took place in the star’s back yard in LA with the reception at the Wilshire Country Club. The guest list include his several of his The Office costars including John Krasinski, who brought wife Emily Blunt as his guest, as well as Jenna Fischer, Angela Kinsey and Oscar Nunez.

Dressed in a strapless ivory lace gown with a mermaid finish, Celeste Ackelson didn’t seem to mind showing off her curves for the nuptials. Her hair was worn down with light barrel curls. Brian looked dapper in a light grey suit with black tie. After the ceremony was over, both were seen with wedding bands on.

Angela looked like a knockout in a sexy in a tight blue dress that had only one strap. She was seen carrying a half-empty champagne glass and a gold clutch. Jessica Szohr was also reportedly at the gathering but was not pictured. This is the second marriage for the star. He was previously married to Julia Fisher, with whom he has one child.

Four Seasons takes its Hospitality to the Skies