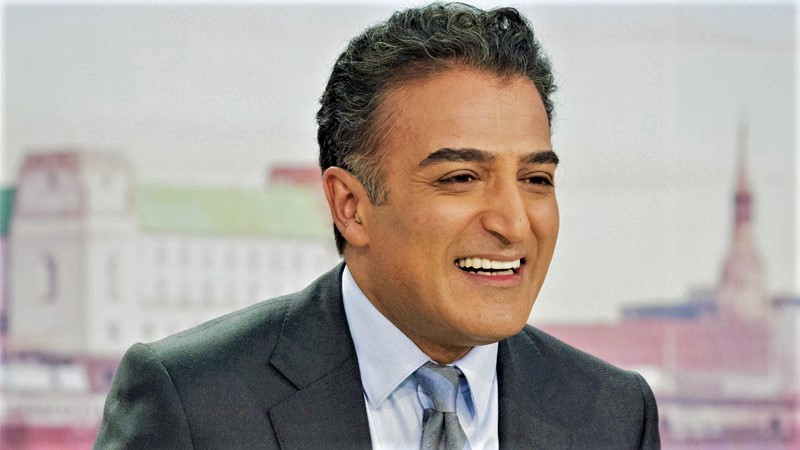 Adil Ray is to co-present Good Morning Britain for the remainder of April, following the exit of Piers Morgan, it has been announced.

The Birmingham born comic will take over the ITV breakfast show Monday to Wednesday throughout this month, replacing the days Morgan co-anchored the programme.

He has previously presented the show during holidays and when its main roster of anchors has been on leave.
Writing on Twitter, Ray said: “I will be co hosting Good Morning Britain throughout the whole of April Mon to Weds, starting this Monday with Kate Garraway and with Susanna Reid after the hols.”

Morgan quit the show in dramatic scenes in March after saying on air that he did not believe Palace officials refused to offer the Duchess of Sussex help for suicidal thoughts.

ITV bosses demanded he apologise for the remarks, while Markle herself filed a formal complaint with ITV and the broadcast watchdog Ofcom, alongside more than 57,000 others, making it TV’s most complained about moment ever.

Morgan is to remain as a presenter with ITV despite the fall out, as revealed by i, and will continue to host his celebrity interview programme, Life Stories, as well as a series on serial killers.

Kevin Lygo, ITV’s director of television, said that the network “can’t replace” Morgan and so the show will “mix and match” its presenting talent until a permanent replacement is decided upon.

Britney Spears is about to say Yes to judge X Factor