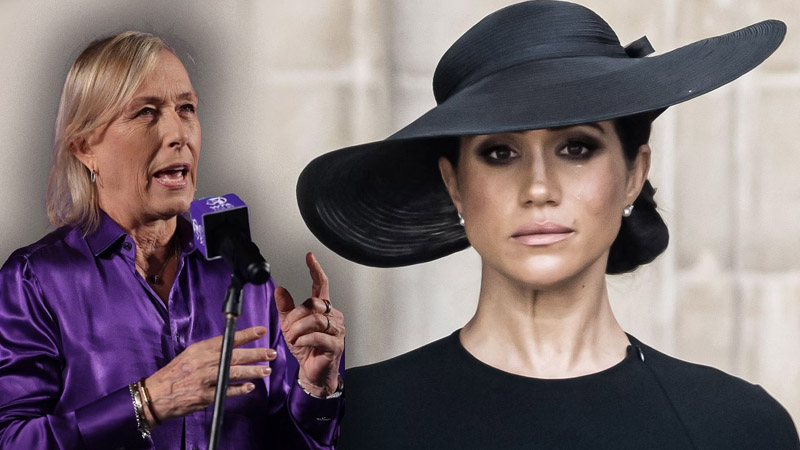 Martina Navratilova, a tennis star, resorted to social media to express her displeasure with Politico’s recent edition. Meghan Markle appears on the cover of the magazine, alongside Elon Musk, Kanye West, and Donald Trump.

People got rid of narcissists like Trump, Musk, West, and Elizabeth Holmes in 2022, according to Politico. Navratilova takes issue with the magazine’s inclusion of the Duchess of Sussex among these divisive names.

Although Markle has had her fair share of scandals, Navratilova believes she does not deserve to be grouped with Donald Trump and Kanye West. Martina Navratilova questioned the magazine, saying they “sucked” for doing so.

Martina Navratilova described four-time Grand Slam winner Naomi Osaka as a “unique” case in a recent WTA interview. She feels that the Japanese should compete in select matches on the tour rather than every match.

“She’s (Naomi Osaka) a very unique case, in every way. So maybe you need to deal with it uniquely. Maybe she doesn’t have to play all those matches, but she certainly has to play more than she has played,” said Navratilova.

“With her, it seems to be the forces outside tennis are affecting her more than anything else. It’s baked in. How she’s set up her life with all those outside interests and influences and demands on her time greater than anybody else,” she added.

Martina Navratilova also counseled Naomi Osaka to prioritize her life. She stated that she understands if the former World No. 1 does not want to be a “one-trick pony” when it comes to her interests.

“If her priority is tennis, then step back a little bit. You don’t have to do it all. It has to suck your energy away from tennis. I’m all for broadening your horizons — I was never a one-trick pony — but tennis came first. It doesn’t mean training harder, necessarily, but maybe sometimes doing nothing at all. Put your feet up or go to the beach,” Martina stated.

Naomi Osaka has been out of action since withdrawing from the Toray Pan Pacific Open in September 2022, and she has struggled for form all season.