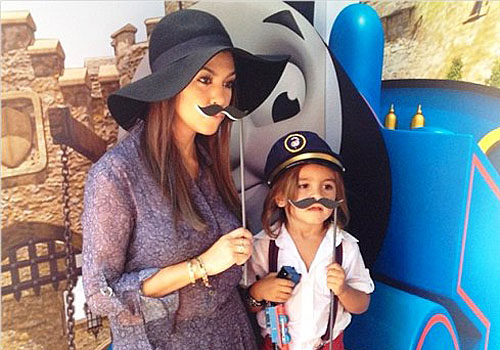 It is fair to say that the Kardashians are a family who thrive on attention.So it is understandable that there were rumblings of jealousy amongst the younger clan, when Kim’s baby North West arrived on the scene. 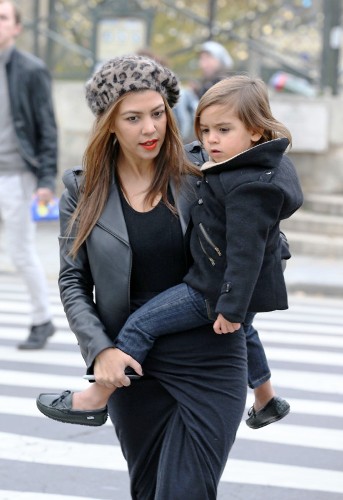 ‘He and Kim were so close!’ Kourtney Kardashian has said that her son Mason is ‘jealous’ of his aunt Kim Kardashian’s newest addition to the family, baby North

The 34-year-old star told ‘He gets a little jealous because he and Kim were so close. He doesn’t understand because he’s not the big center of attention.’

Kourtney said that Kim is still learning how to cope with children and doesn’t know what to say to make Mason feel better.

She said: ‘I don’t think [Kim] knows what to do; she’s just like, ‘You don’t like me anymore?’ She feels like he […] is getting older and changing, and I think she gets confused and doesn’t know how to handle it.’ 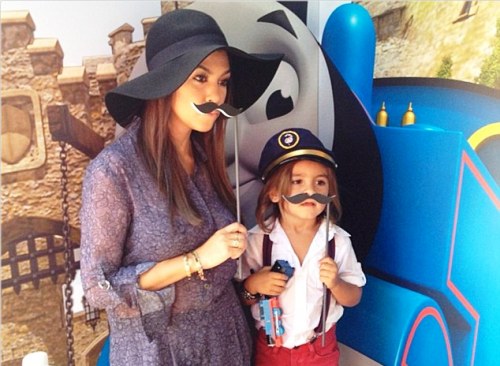 Kourtney spoke of little Mason’s confusion about having to share Kim’s affection with a new baby.
Newest addition! Mason and Penelope are no longer the center of attention since Kim gave birth to baby North – whose father is Kanye West – on June 15 of this year

Newest addition! Mason and Penelope are no longer the center of attention since Kim gave birth to baby North – whose father is Kanye West – on June 15 of this year 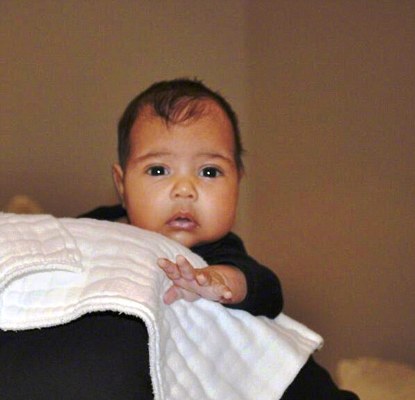 But Kourtney’s daughter Penelope, 14 months, is a huge fan of North, whose father is Kanye West, and is in ‘awe’ of her younger cousin.

The doting mother-of-two said: ‘Whenever [Penelope] sees [North] — the second she walks into the room, Penelope gets so excited.’ 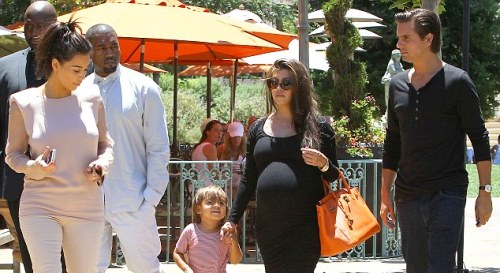 Close-knit family: Mason has always been close to his aunt Kim, and the pair are pictured here on a family outing in 2012 with his parents Kourtney and Scott, and Kanye WestnMason and Penelope were the first children to be welcomed into the Kardashian clan, so it’s understandable that the entire family formed a close bond with the little ones.

Kourtney and the children’s father Scott Disick have been together since 2006, whilst Khloe Kardashian and her husband Lamar – who is currently enduring hardship following allegations of drug abuse and infidelity – do not have any children as of yet.

Meanwhile, Kim has recently had to move forward with her professional ventures, too.
Loved! Mason goofed around with his mother Kourtney Kardashian in this snap taken on Monday when the pair – according to Kourtney – got to meet Thomas the Tank Engine The reality star signed on with a new publicist ‘on the advice of Kanye West’, leaving longtime representative Jill Fritzo to deal with the family’s drama, reports the New York Post. 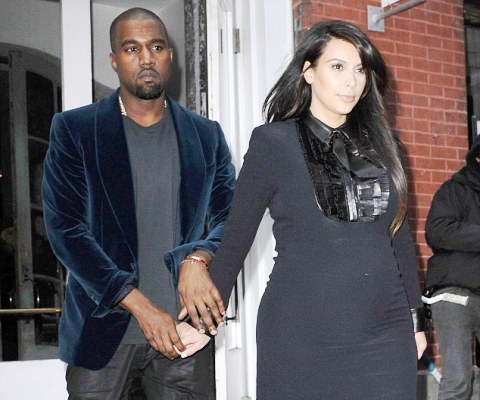 ‘Kim wants to set herself apart from the Kardashian PR machine, and Kanye West advised her to build her own team,’ a source told the newspaper.
Love: Kim Kardashian and Kanye West have been dating since March 2012 and the pair announced that they were expecting their first child in December 2012