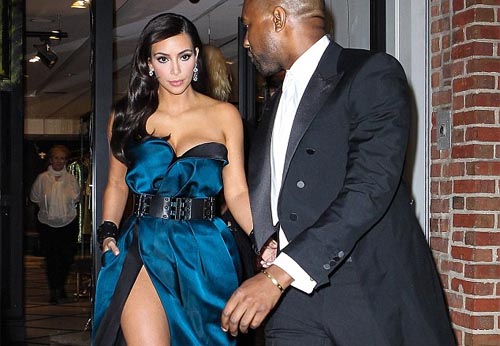 Last year she had a serious misfire at the Met Gala in a bright floral printed gown. But Kim Kardashian was clearly set on fashion redemption as she was spotted heading with Kanye West to this year’s ball wearing a plunging Lanvin dress on Monday in New York. 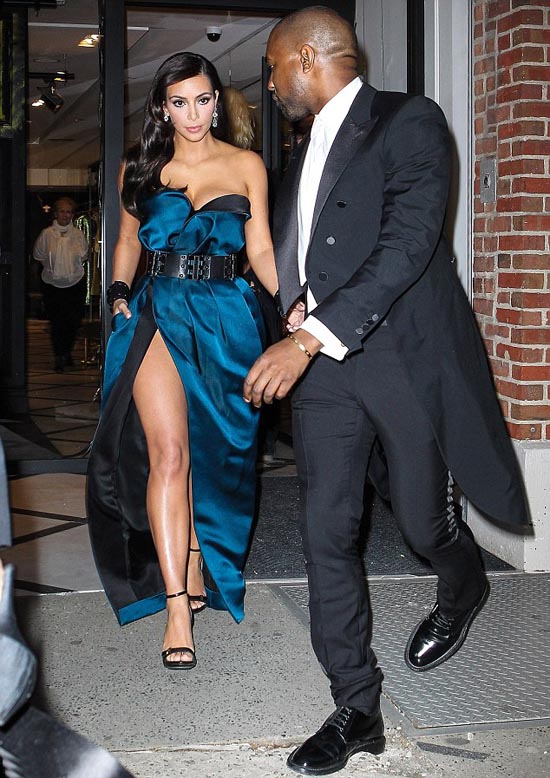 And the gorgeous 33-year-old’s fiance was certainly pleased with her appearance as his gaze was firmly fixed on the bride-to-be. The two were seen leaving the Lanvin store in the Big Apple, after Kim Kardashian had her final fitting for the strapless frock. Balancing in elegant stilettos the reality star accidentally flashed a bit of her undergarments in the slit-to the-hip gown. 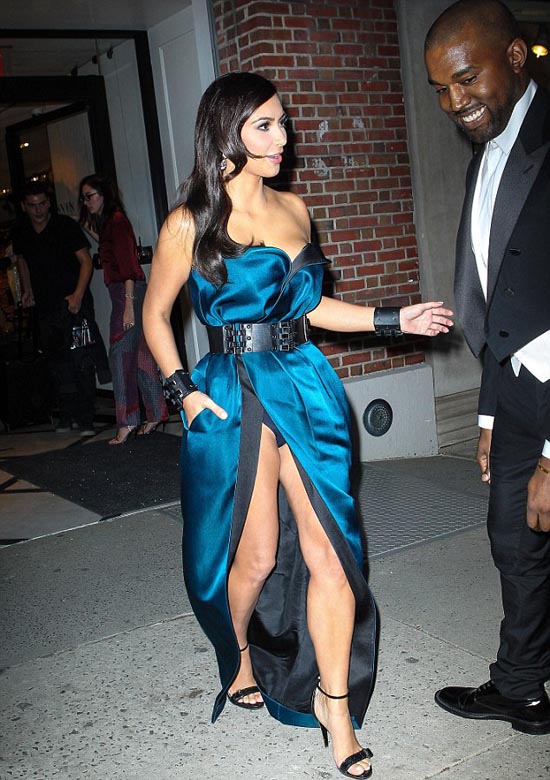 But the revealing display did not appear to faze her rapper beau, as he smiled at her as she exited the high fashion store. With her hair cascading over her supple shoulders, Kim Kardashian highlighted her thin waist with a thick leather belt, matching the leather bands buckled over both of her slender wrists. Meanwhile, Kanye West 36, was sharp in a tuxedo with a white bow tie and shiny wingtip shoes. 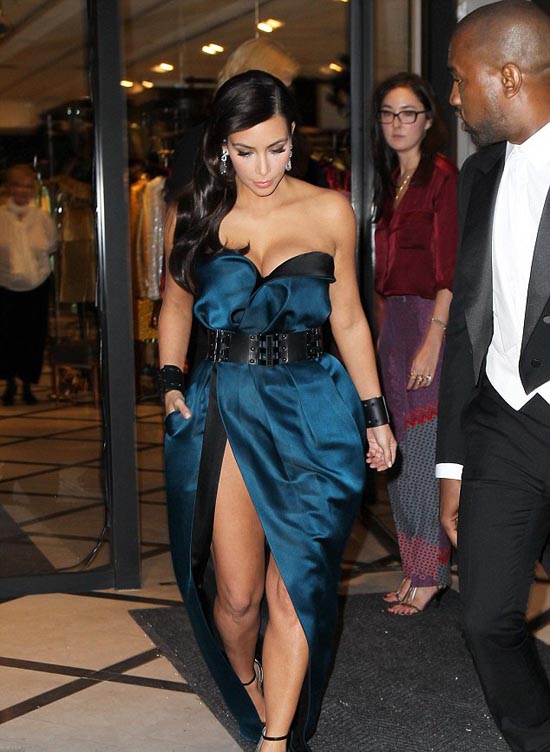 They were then seen hitting the red carpet, as they posed expertly for a series of snaps, but once she hit the event Kim Kardashian decided to opt out of her cuffs – a smart choice for the high fashion event. Last year, a heavily pregnant Kim was slated by fashion critics for her floral curtain-inspired gown. 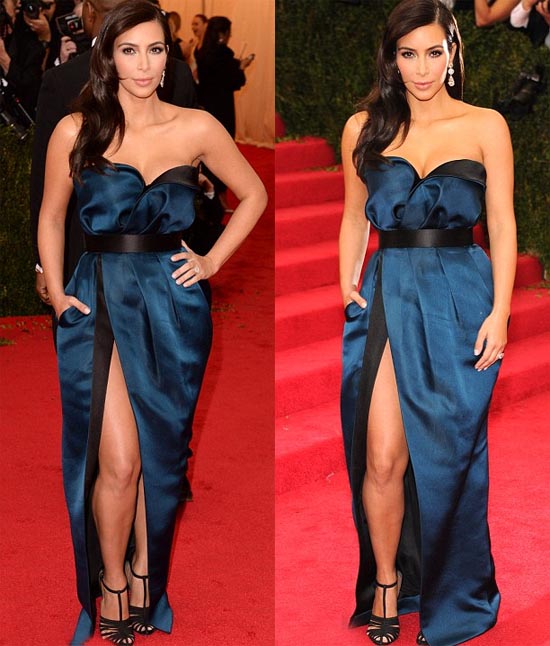 Vogue took the critique a step further by cropping the star out of their best dressed gallery. But Kim Kardashian clearly didn’t take the snub to heart – she graced the April cover of Vogue last month. The annual Met Gala is widely considered fashion’s most glamorous event. 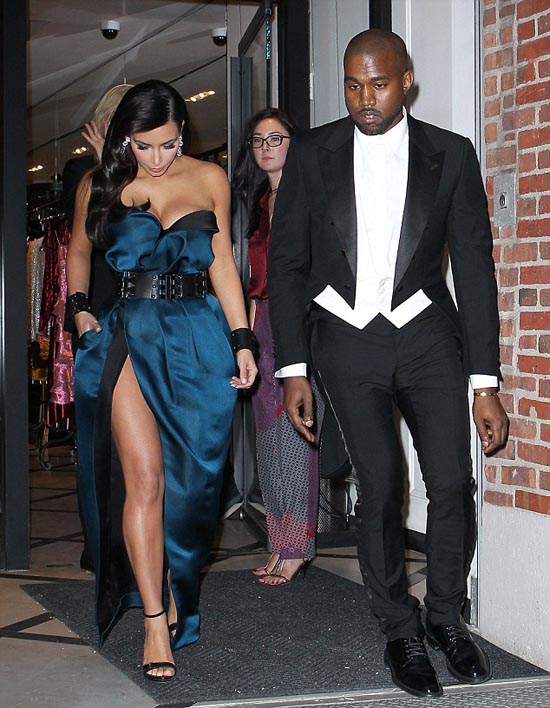 Each year, American Vogue editor-in-chief Anna Wintour hosts the bash, held at the Metropolitan Museum Of Art. Wintour – who is co-hosting this year’s party with Sarah Jessica Parker and Bradley Cooper – is charging $25,000 at ticket, $10,000 more than last year’s price. 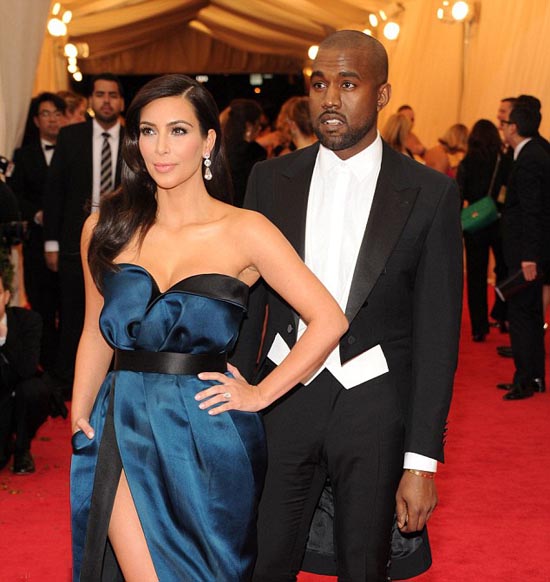 The theme is White Tie And Decorations, an ode to Anglo-American designer Charles James. Guests will reportedly be paying tribute to the late couturier by donning high-end vintage looks such as ballgowns and long gloves. While the theme usually demands glamour, last year’s Punk: Chaos To Couture raised a few eyebrows. Stars arrived wearing their interpretation of punk, and some got it right while others failed miserably, including Kim Kardashian. –dailymail