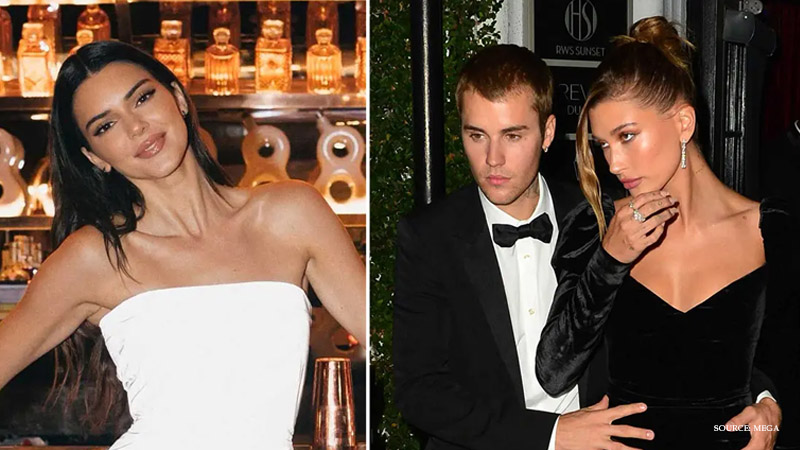 Kendall Jenner flaunted her model curves as she left a private jet this week. The 818 founders got off the jet in skintight black leggings that complimented her legs and a fitting black turtleneck underneath a cropped jacket, keeping comfortable after her lavish Christmas trip to Aspen, Colorado, with star buddies including Hailey and Justin Bieber, as per Ok Magazine.

Jenner kept her brown locks down and covered her eyes from the Los Angeles heat with black sunglasses as she walked into a car, as shown in the images. The Kardashians star was also spotted saying goodbye to an unknown male friend, however, it seems that not all of her vacation friends were on board the plane.

Jenner celebrated the New Year with the Rhode founder and her husband, as well as her younger sister Kylie Jenner who took her baby Stormi with her and BFFL Stassie Karanikolaou. Throughout their vacation, the famous friends shared their fun-filled days and beautiful evenings out on Instagram.

As far as the public knows, Jenner started the New Year as a single woman after separating from NBA player Devin Booker after nearly two years together. An insider credited their breakup on their dedication to their different jobs, they spilled in late November 2022: “Both have incredibly busy schedules right now with their careers and they’ve decided to make that a priority.”

“They [still] have a lot of love and respect for each other and wish only the best,” concluded the source. When the Phoenix Suns player forgot to wish the supermodel a Happy Birthday on Thursday, November 3, only days after she paid tribute to her ex-husband on his birthday, October 30, many speculated that the former power couple was over.

Jenner and Booker’s latest split comes after they were said to have separated during the summer for the same reasons as this time. Fans have been wondering whether Jenner would return to ex-boyfriend Harry Styles since word of their separation broke, especially when the Global icon seemed to blow her a kiss during his L.A. performance shortly after his own breakup with Olivia Wilde.

Kevin McCarthy’s fake victory will have economic and political consequences

Mark Ruffalo Posted Rare Photo Of 16-Year-Old Daughter Bella: ‘Beautiful and Coming into Her Own’