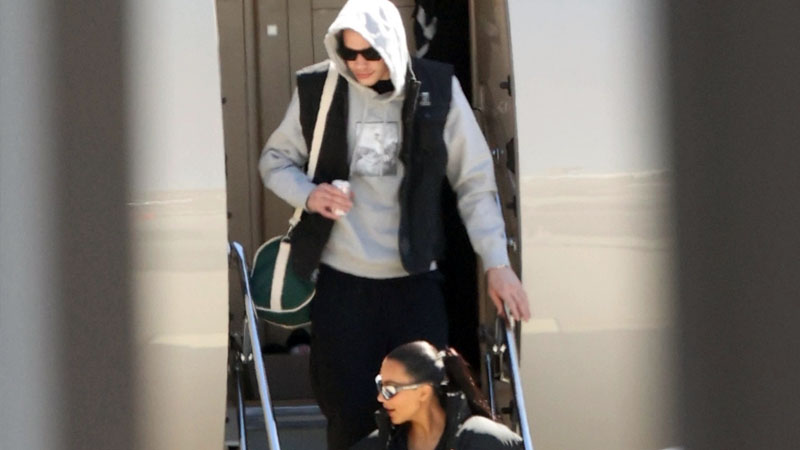 Now it looks like Kanye West wants to leave behind the tussle and make peace. Every time the world thinks they’ve seen it all from Kanye West or Ye, the rapper proves them wrong by setting new records for creating out-of-the-box scandals.

Most recently, he dominated all mainstream headlines by constantly criticizing Pete Davidson on social media and even writing songs about him. As if that wasn’t bad enough, he also made some disparaging remarks about Trevor Noah. But it appears that he is now trying to recover and has promised Kim Kardashian that he will not bother her.

For the unversed, ever since Ye’s ex-wife, Kim Kardashian, disclosed her romance with SNL presenter Pete Davidson, West has gone all guns blazing, taking digs at the two. When Trevor Noah wanted to comment about the fight, Kanye ended up making a racist remark against him.

As a result, Instagram took down the post and banned the rapper for 24 hours. Not only that, but he also lost his Grammy performance as a result of it. Now it appears that Kanye West wants to put the feud behind him and make peace. He’s promised Kim that he’ll go elsewhere and improve. He has stated that he will no longer publicly disclose appearances regarding the issue. Continue reading to learn everything you need to know about it.

As per Page Six, a source close to the family said that Kanye West has told Kim Kardashian that he will get help now. The insider said, “For the sake of the kids, Kanye has told Kim he’s not making any public appearances or inflammatory social media statements, and he will go away somewhere to get better.”

It is still unclear if the rapper is entering a rehab center or what kind of help he is exactly seeking. However, Kanye West’s rep Jason Lee has dismissed the reports of him getting help. He says if the news has not come from the rapper’s comments, social media, or statements, it is simply untrue. As per Daily Mail, he said, “Ye monitors all headlines pertaining to him and his family daily.

Most are being fed to the media by ‘sources close to the Kardashians,’ which have been creating a false narrative that not only is untrue but further compromises his goal of creating a healthy environment for the beautiful children he shares with Kim. He’s been focused on taking care of himself, being a present and loving father and a creative genius well before all the false headlines we’ve seen as recent.”

Denzel Washington Says ‘Who Are We to Condemn?’ About Will Smith

Justin Bieber Spotted Around Sacramento Before Sold Out Concert