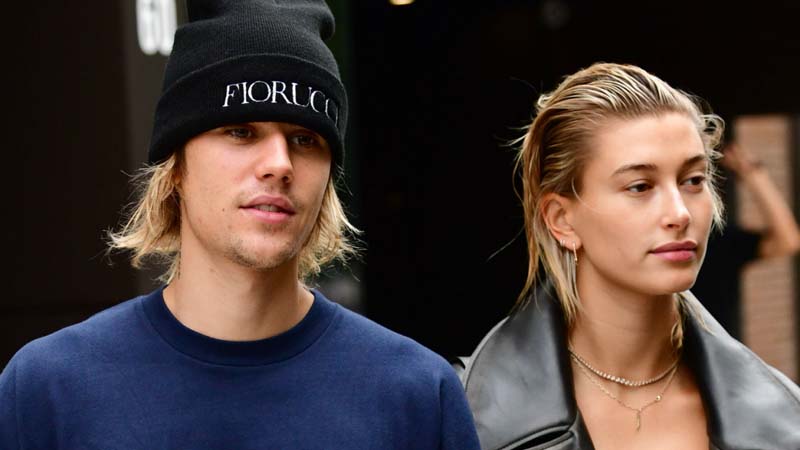 In the first photo, Hailey Bieber (née Baldwin) was sitting down in a chair with part of her satin skirt pulled up high on her leg. Her husband knelt in front of her, yanking a garter off from around her ankle with his teeth.  A second image from the post was taken on the dance floor, and showed Bieber from behind as he wrapped his arms around Hailey in a hug.

She could be seen smiling in the picture.

While the couple tied the knot for the second time on September 30, they didn’t start sharing professional photos from the South Carolina wedding until a week later. (They did, however, share a few photo booth style images the following day.) Hailey was the first to post professional photos from the wedding. She shared a series of images on Monday that showed off details from her wedding dress.

last Monday was the most special day of my life:)

One photo gave her followers a look at the long train on her lace dress and a matching veil, which was sheer and featured the phrase “‘Till death do us part,” sewn onto the edge. In a close-up shot of the gown, Hailey revealed that Virgil Abloh and his label Off-White designed the off-the-shoulder dress.

@virgilabloh thank you for making my vision come to life and creating my dream dress. You and your @off____white team are incredible and I’m forever grateful I got to wear your beautiful creation. ❤️

The couple had a formal wedding ceremony at luxury waterfront resort Montage Palmetto Bluff in South Carolina. The ceremony, which included celebrity guests like Kylie and Kendall Jenner and Jaden Smith, came one year after the pair officially wed in a Manhattan courthouse after just 12 weeks of dating.