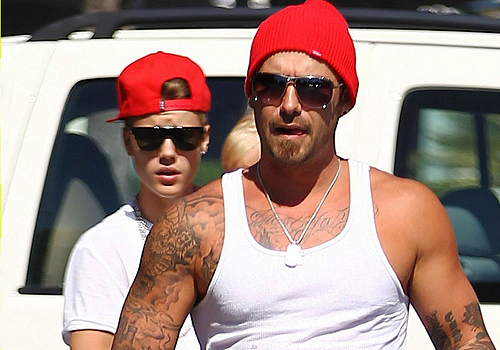 Justin Bieber can be a good kid.

The 19-year-old may drum up a lot of drama with his antics, but he played the role of supportive son when his father went under the knife this week.

“My boy @justinbieber flew all the way home to be with me for my surgery,” Jeremy Bieber, who reportedly had knee surgery, tweeted on Tuesday. “What an incredible boy. #love.” 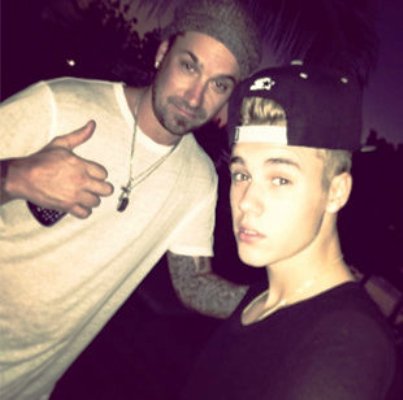 The superstar downplayed the trip, replying, “@JeremyBieber of course. #love#family.”

Bieber took time out of his busy schedule of hanging out in the studio and taking shirtless selfies to jet from Los Angeles to his hometown Stratford, Ontario, where his father still resides with his family, including half-siblings Jaxon and Jazmyn.

The “Boyfriend” singer regularly reconnects with his father. Jeremy dropped in on some of his son’s tour stops earlier this year, rendezvousing with him in Europe in March.

While the Bieber men likely have a lot in common, the most obvious is their love of tattoos. The star’s dad took him to get his first tat at the tender age of 16. They both have sleeves on their left arms.

Bieber may currently be playing the role of the dutiful son, but his career has been overshadowed by drama in his personal life this year – from his driving dramas, reported marijuana use, and the whole urinating in a mop bucket thing. This week, a pilot from one of Bieber’s many private plane trips allegedly told TMZ that the star and his entourage had been smoking pot when they arrived on the tarmac for a flight.

Bieber will have to sharpen his focus as fall arrives. Later this month, he’s headed back on the road to Asia and South America as part of his Believe Tour. In October, he’s expected to release new music, and he’ll finish off the year by releasing another film, similar to his 2011 3-D flick, “Never Say Never,” around the holidays.

But, in the meantime, we wish Papa Bieber a speedy recovery.

Explanation: How Brain Training Can Make You Significantly Smarter

5 Tips for Buying the Right Suit