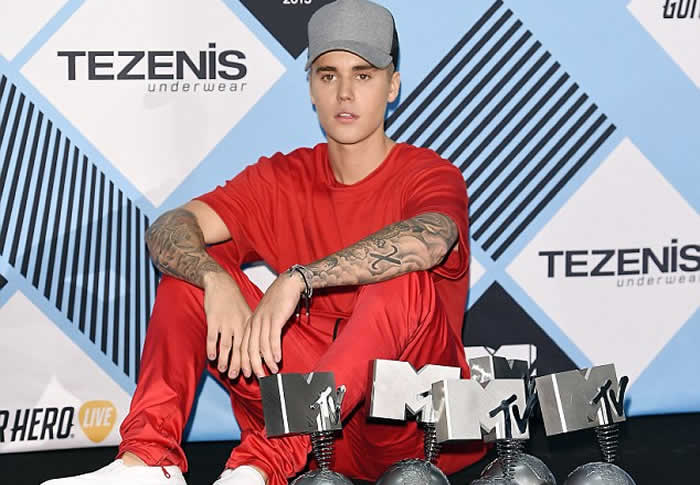 Justin Bieber was the big winner at the MTV Europe Music Awards as he took home five awards.

He was no doubt overjoyed as he swept the board while taking home five of the six prizes he was nominated for at the ceremony, which was held at the iconic Mediolanum Forum in Milan, Italy.

The Canadian crooner looked casual and cool as he arrived at the show, which was hosted by Ruby Rose and Ed Sheeran.

Justin made sure he stood out in head-to-toe red, as he sported a long-line T-shirt with matching jeans while adding a slightly-darker crimson baggy hoodie and white trainers to the look.

After storming the red carpet in his bright ensemble, Justin was the first big award to be announced of the night as he received the coveted prize of Best Male.

6 Tips for Your First Yoga Class

Kelly Brook is proud of her amazing figure