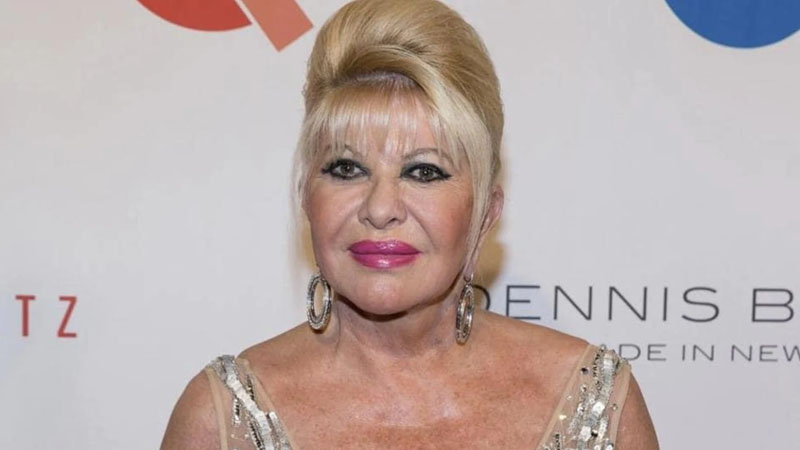 According to the medical examiner in New York City, Donald Trump’s ex-wife passed away from “blunt impact injuries.”

The mother of Ivanka, Donald Jr., and Eric, age 73, passed away on Thursday, July 14, apparently from a fall in her New York home. According to the NYPD, her death did not “appear to be any criminality.”

Ivana wed Donald in 1977 after growing up in former Czechoslovakia under communist rule.

Despite their 1992 divorce, they remained close friends right up until her passing.

She later wed Riccardo, an international businessman, and entrepreneur from Italy.

“Mom, we will miss you incredibly. Thanks for always pushing us hard, not letting us get away with anything, and instilling so many incredible values and personality traits,” Don Jr. wrote on Instagram following the sad news.

“From your sense of humor to your sense of adventure, I am who I am today because of you. I love you very much. R.I.P,” he concluded.

Ivanka also shared her own tribute, writing: “Heartbroken by the passing of my mother. Mom was brilliant, charming, passionate, and wickedly funny.

“She modeled strength, tenacity, and determination in her every action. She lived life to the fullest — never forgoing an opportunity to laugh and dance. I will miss her forever and will keep her memory alive in our hearts always.”

She married Italian businessman and entrepreneur Riccardo Mazzucchelli after divorcing Donald; the two parted ways in 1997.

New miracle medicine may extend the human lifespan to 200 years

Ariana Grande Accused Of Plagiarism For “Be Alright”