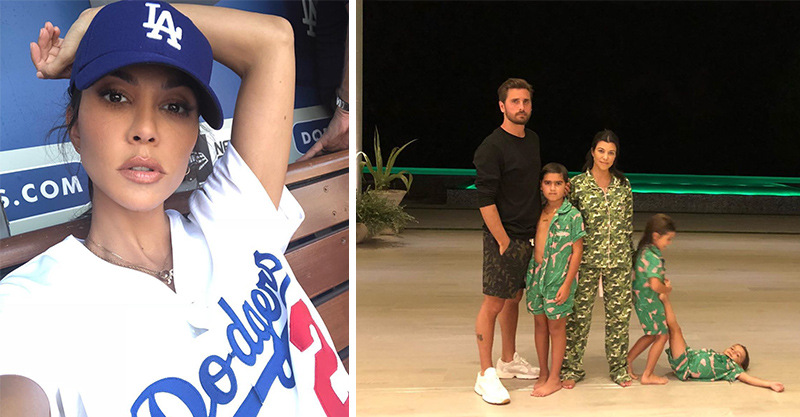 The Kardashians seem to be in hot water nearly every week, with some new scandal or controversy to rouse fans. This time, Kourtney Kardashian is the subject of intense scrutiny, when her parenting came under fire during a recent episode of Keeping Up with the Kardashians.  The eldest Kardashian sister is well-known for her dedication to her kids and her all-natural approach to motherhood. But revelations about how she disciplines her children have some fans wondering whether she’s doing enough to curb bad behavior.

Kourtney Kardashian is the eldest child of Kris Jenner and her first husband, Robert Kardashian. Kourtney Kardashian was first introduced to the public on the family’s TV show, Keeping Up with the Kardashians, and many of her storylines seemed to revolve around her relationship with her boyfriend: Scott Disick.

Viewers followed along with Kardashian and Disick’s journey to parenthood, and they welcomed their first child, Mason Dash Disick, in 2010. Although Kardashian and Disick frequently had relationship troubles, they went on to have another child, a daughter they named Penelope, in 2012. By the time they had their third child, Reign Disick, in late 2014, their romance was in serious trouble and they ended up breaking up for good not long after Reign’s birth.

When Disick and Kardashian broke up, they determined they would do their best to co-parent for the sake of their children, and things seem to have been remarkably amicable between the former couple. Still, there have definitely been some controversies when it comes to their three young children, as seen on a recent episode of Keeping Up with the Kardashians.

In a recent episode, Kardashian revealed that her nanny had quit, following an incident where her and Disick’s daughter, Penelope, had scratched the nanny in the face. Kardashian claimed that the seven-year-old — called “P” by her family — had gotten “really upset” when the nanny was putting her in the car, which led to the scratching incident. Kardashian also described episodes where Penelope would almost blackout and do “wild things.”

While Kardashian didn’t seem overly concerned about the scratching, her mother, Kris Jenner, claimed that the episode was “serious,” and that the family needed to handle it before the child’s seeming behavior issues got out of control. The discussion led to a shouting match between Disick and Jenner’s boyfriend, Corey Gamble. Gamble stated that the young girl should be spanked, which led to some harsh words from Disick.

Is Kourtney Kardashian being too easygoing with her kids?

Kardashian was quick to speak out about one method of discipline that she would definitely not be utilizing. The mom of three stated on social media that parenting is “hard,” but that she has consequences for misbehavior that don’t involve spanking. It isn’t the first time that Kardashian has spoken out about how she doesn’t condone spanking. In 2012, she said that she is “really against” spanking.

In fact, Kardashian prefers to “communicate” about why her children might feel frustrated or angry, and while she says her kids might not always agree with her decision, in the end, she is still the parent. As for what Disick thinks about Kardashian’s parenting methods, in the same episode of the show, he stated that the kids have to be “disciplined at home,” but didn’t openly disagree with any of her methods. Fans can probably assume that they are on the same page when it comes to the big stuff, like spanking and child discipline.

See All the Looks From the 2019 Emmy Awards Red Carpet