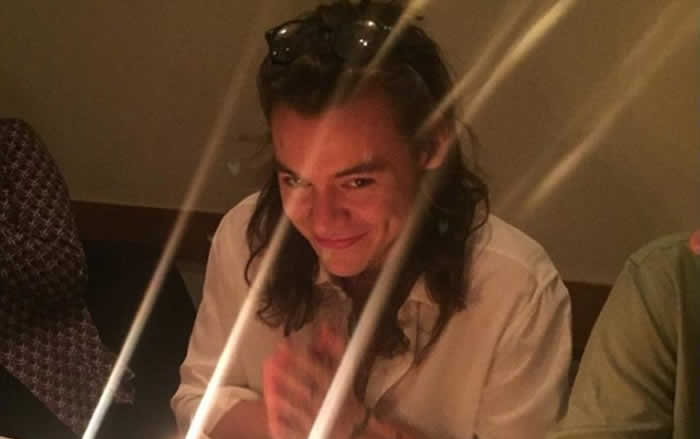 He doesn’t turn 22 until February 1. But jet-setter Harry Styles has decided to celebrate a couple of weeks early as he spends some time back home in London.

The One Direction star enjoyed a dinner with his UK pals on Tuesday, with best friend Nick Grimshaw sharing a sweet photo of the singer getting ready to blow out his candles. Radio 1 star Nick shared the snap on his Instagram page, which sees Harry flashing a big grin as his pals sing happy birthday. 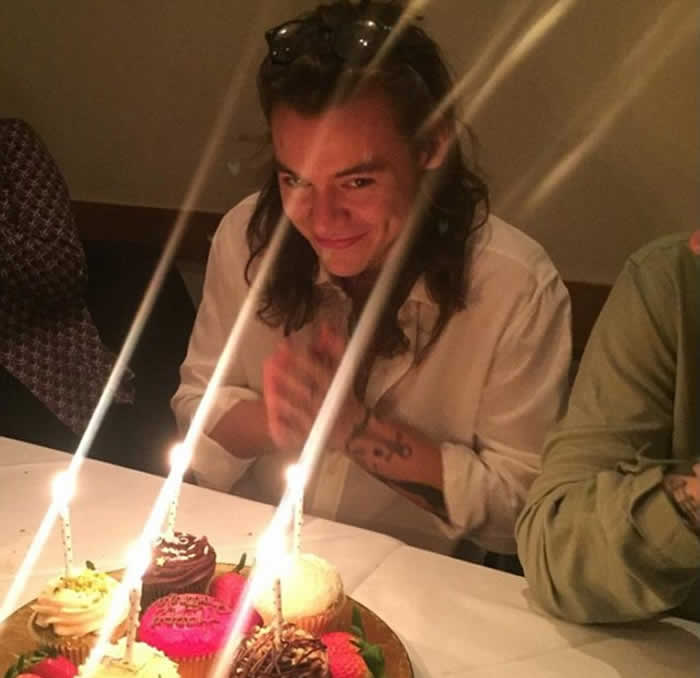 A plate of iced cupcakes with lit candles sits in front of the star,who’s rocking his signature look of unbuttoned white shirt with sunglasses perched on top of his curly locks. haaaaaaaaaappppppppppyyyyybuuuuuuurrrrfffffdaaaaaayyytoooyouuuuuuuuuuuuu,‘ Nick’s caption reads. It looks like Harry’s pals decided to throw the star a low-key celebration during one of his rare trips to London. Nick teased the plans earlier in the week during his Radio 1 Breakfast show in an exchange with his producers. When asked if he was going to a gig on Tuesday, Nick admitted to his producer Fifi:

‘We were all supposed to go but it’s one of my friend’s birthdays and I forgot and they are having a dinner and I can’t not go. They’re never here. It’s bros before bands…it’s best friends before bands.’ Jet-setter Harry tends to spend much of his time off in Los Angeles and with his band on an extended hiatus, no doubt the singer has plans to head back to the US at some point. Harry and his bandmates are on a break for 2016, but so far there’s been little sign of their solo plans. During an appearance on Alan Carr’s Chatty Man last month. 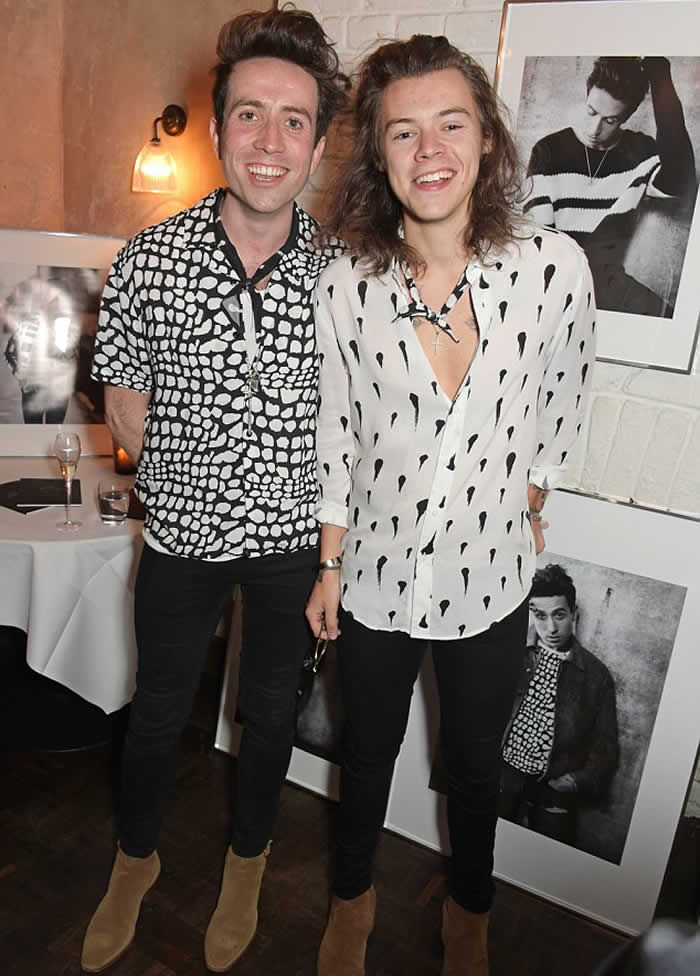 Harry dispelled rumours he’s already recorded a solo album, insisting: ‘We all write kind of separately and for other people and do stuff and bring it back, and that is it really.’  Niall Horan admitted the reason behind the extended break was no more than a need for some downtime after having spent the last four years on the road and making a mammoth five albums. ‘This time last year I couldn’t have told you what I was doing, and that is what we are looking forward to.

Not having to set an alarm every day,’ he said.  None of the four lads have set-in-stone plans for their much-deserved time off and are just grateful for the opportunity to spend quality time with their families, although they are conscious they’ll eventually become bored. ‘I suppose we are going to get bored because we are very busy minds. We all do the song-writing thing and that is going to be the thing that keeps us within doing the stuff that we love too. It’s just the stage we have to miss,’ Liam Payne said.

5 Ways to WorkOut Without Weights