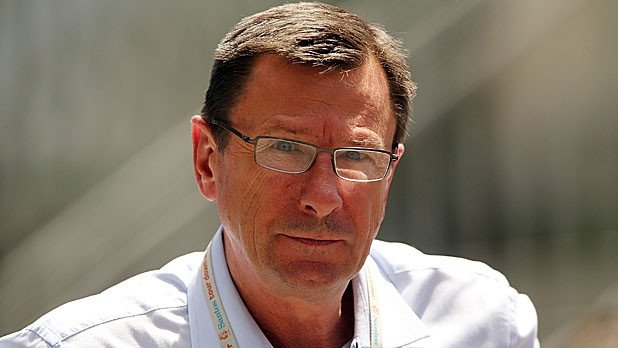 Professional cycling broadcaster and former pro rider Paul Sherwen Opens a New Window. died on Sunday, Dec. 2, at the age of 62, according to NPROpens a New Window.. Over his longtime career covering the sport for NBC and other networks, Sherwen left an indelible mark on the cycling world.

Sherwen competed in the Tour de France seven times, and won the British National Circuit Race Championship and British National Road Race Championship back-to-back in 1986-87. Following his career in cycling, Sherwen moved into the broadcast booth and became one of the most well-known analysts in the sport. “We are saddened to offer our condolences to the friends and family of Paul Sherwen, who passed away this morning at his home in Uganda,” NBC Sports said in a statement. “Paul was synonymous with the Tour de France in the U.S. and will be greatly missed by his legions of fans and the NBC Sports family, which was honored to be part of Paul’s 40th Tour last July. Our thoughts are with Paul’s wife, Katherine, their children and all of those in the cycling community who became Paul Sherwen fans over his many years calling the sport he loved.”

For many years, Sherwen worked with co-broadcaster and reporter Phil Liggett, and called numerous major events, including over 25 Tour de France competitions, as well as multiple Olympic Games for NBC and NBC Sports. Sherwen also worked in British and Australian television, covering the biggest events in the cycling world. Sherwen previously spoke with Men’s Journal back in 2014Opens a New Window. about his transition from cyclist to broadcaster, and how the sport had changed over the years. “I was very lucky because I raced at the time when there wasn’t too much cycling on English-speaking television,” Sherwen said. “There was a journalist from Channel 4 television who needed an expert commentator so in my last two years of racing I actually commentated with Phil [Liggett] while riding the Tour.”

How to Solve Relationship Conflict