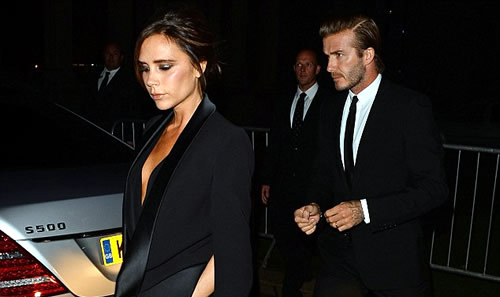 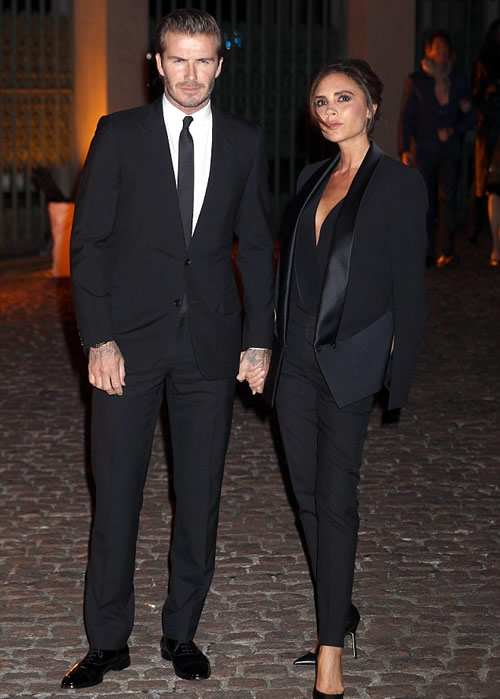 They spent Sunday night on opposite parts of town at different London Fashion Week events. However, on Monday evening, David and Victoria Beckham came together in a synchronised appearance at the Global Fund and British Council Party. The couple looked perfectly in sync with each other in his and hers black trouser suits as they attended the star-studded event at Apsley House in Piccadilly. 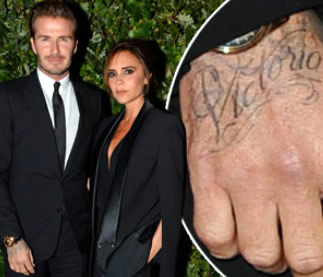 The pair joined a host of big names at the event, which was hosted by US Vogue editor-in-chief Anna Wintour, including Sienna Miller, Colin Firth and Stella McCartney. Former Spice Girl Victoria, 39, teamed her trouser suit with a pair of simple black heels, with her brunette hair swept back into an updo. Her retired footballer husband, 38, played it safe with a white shirt, black tie and black trousers with his hair gelled back.

However, it was his newest accessory – a tattoo reading ‘Victoria’ on his right hand – that attracted attention. After Victoria recently admitted she bought him a tattoo voucher for her 38th birthday back in May, it looks like he may have cashed it in to expand his extensive collection of body art. The new script is in a similar font to the word ‘love’, which is written in the same place on his left hand.

Their joint appearance at a LFW event comes after Victoria attended the Vogue dinner at Balthazar in Covent Garden on Monday. Around the same time, her husband was in Mayfair being unveiled as the new face of Belstaff. Meanwhile, host of the event Anna arrived at the same time as Oscar winner Colin and his wife Livia. 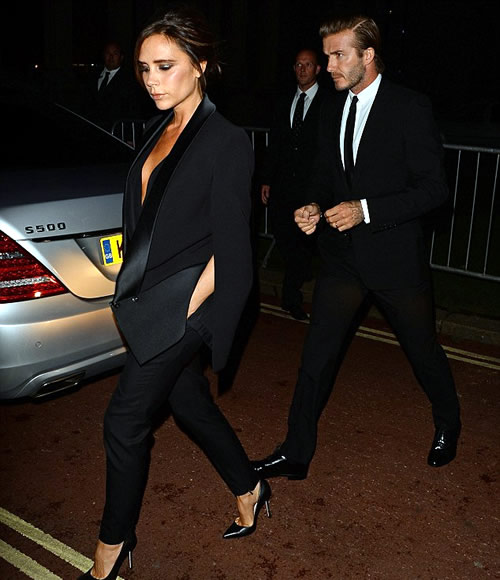 Betty Cantrell: 5 Things To Know About The New Miss America