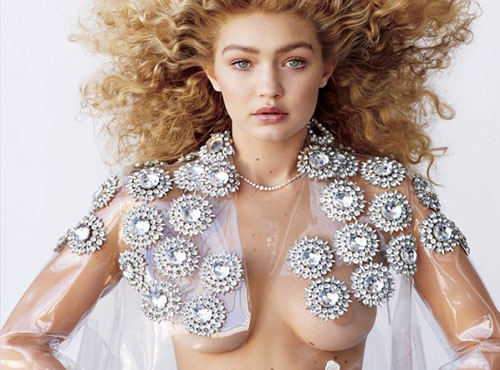 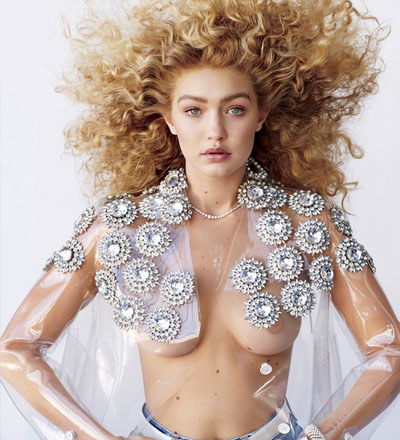 She recently took part in her first ever shoot for Sports Illustrated but Gigi Hadid’s spread in V magazine’s might be her raciest yet. The 18-year-old daughter of Real Housewives of Beverly Hills star Yolanda Foster appears in the spring issue of the publication in a series of raunchy pictures with her bare breasts covered by either her arms or strategically placed accessories. 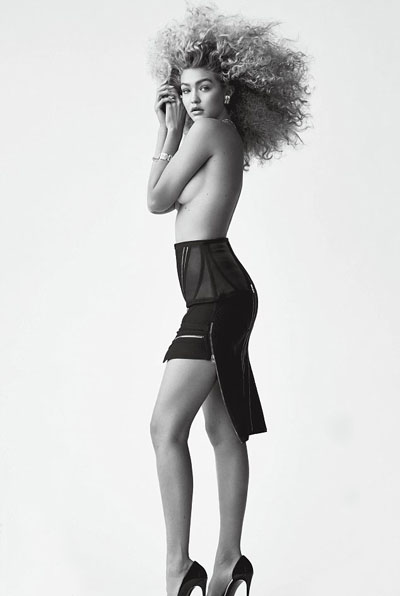 And although Gigi Hadid is dating 17-year-old musician Cody Simpson, she insisted to the magazine that she isn’t a groupie, likening herself instead to Kate Hudson’s Almost Famous character by saying, ‘I prefer the term Band-Aid.’The raunchy pictures, shot by Sebastian Faena, show Gigi almost topless with her hair teased into voluminous curls.  The swimsuit model is looking all grown up as she struts her stuff in a variety of sultry poses. 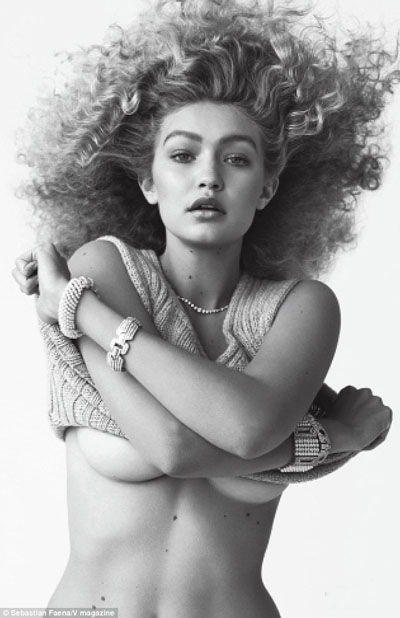 On top of her budding modelling career Gigi Hadid also studies at New York University. She and Cody attended the Sport Illustrated 50 Years of Swim party earlier this week where they celebrated her first shoot for the iconic publication. The pair, who’ve are reported to have been dating for eight months according to Us Weekly, have been separated recently while Cody spent time in his native Australia. 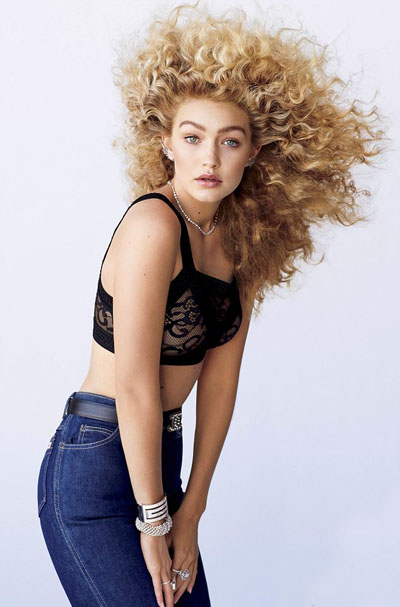 However, Cody, who shot to fame in 2009 after a video of him singing ‘I’m Yours’ by Jason Mraz on YouTube went viral, jetted in from Australia to spend time with his lady love. In the days prior to his arrival Gigi was clearly missing Cody, posting an intimate shot of the two on Twitter with the caption, ‘please hurry your way over my way.’ 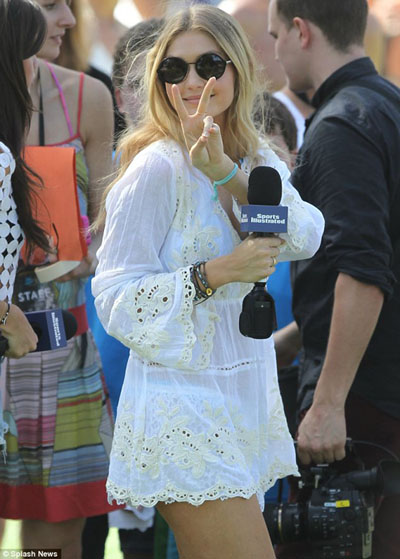 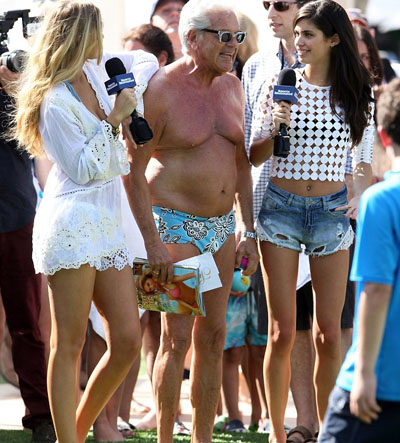 She and Victoria’s Secret model Sara appeared to be enjoying themselves, browsing the 50th anniversary edition of the magazine where they are featured together. The duo were in high spirits as they interviewed hotel patrons ahead of their party Wednesday evening at LIV nightclub.

HERE’S THE LIST OF WINNERS AT 92nd Academy Awards