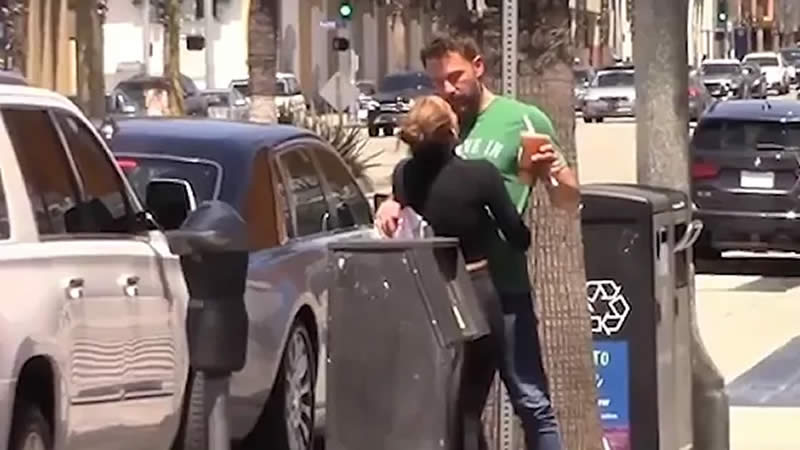 Since Jennifer Lopez and Ben Affleck got married in Las Vegas less than a month ago, there have already been rumors that the couple is getting divorced.

In the past, in 2002, they were together and engaged. However, they ultimately broke up, which has many people speculating about how long their marriage will endure.

When Hollywood Life reported that the couple’s post-honeymoon plan was for Affleck to travel back to Los Angeles and J-Lo to stay in Europe, the rumor mill went wild earlier this week. It was said that this time apart was for the relationship’s betterment.

However, this Tuesday the newlyweds were seen out together, having lunch in Santa Monica, California, and stopping at a local Dunkin’.

According to TMZ, Lopez could be seen “lovingly scratching the actor’s head” while they were out with their children.

As a result, the rumors that they were already growing apart have been dispelled.

According to Marca, after being married in secret in July, Lopez and Affleck are expected to host a spectacular marriage ceremony soon to celebrate their marriage with friends and family.

The couple appears to be loving being back together and is still very much in the honeymoon phase.

Yet, considering that this is the singer’s fourth marriage, some people are expecting that this one will also end in divorce.

“I wish her and Ben the best, but I’m not convinced it will last,” Ojani Noa, her first husband, told The Daily Mail.

“I think she’s someone who will be married seven or eight times. I can’t see her ever settling down with one person.

“She pushes herself to constantly go forward in her professional life, which is why she’s had a three-decade career, but she also moves on in her private life.”

Miley Cyrus climbs into bed with One Direction’s Harry Styles