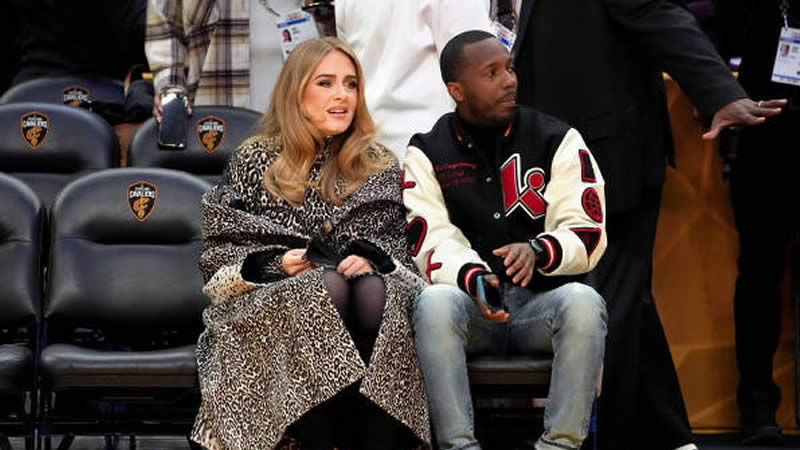 Adele has stated that she and her boyfriend Rich Paul, whom she met last year, have moved in together.

The 34-year-old took to Instagram to share a series of romantic photographs of the pair beaming outside their new house.

They are shown standing on the grounds of their massive estate, holding up keys.

Another snapshot shows Adele and Rich on a McDonald’s date, while a third was taken backstage at Adele’s One Night Only event, which was broadcast in the United States last October.

A photo of the two wearing matching costumes at a baseball game is also included, as is a fortune cookie inscription that reads, “You have found good company.”

And her famous friends were quick to comment, with Paris Hilton writing: “So happy for you two!”.

Another follower added: “OH MY GOD YOU BOTH LOOK SO HAPPY 🥹🥹♥️♥️”.

As per Metro, this comes after it was revealed that Adele had paid $58 million for a Beverly Hills property that had belonged to Sylvester Stallone.

“You know, he’s very, very smart. It’s quite incredible watching him do what he does. And just the easiness of it. It’s just been very smooth.”

There were even rumors the pair had gotten engaged after Adele was spotted with a giant ring on her wedding finger.

Addressing the rumors on the Graham Norton Show, the host asked: “I don’t know if anyone noticed but on Tuesday night [at the Brit Awards] when you were sat at the piano singing.

“You had the microphone in your right hand, I felt your left hand didn’t move as much as normal. It seemed heavier than normal… Is there something?”

Adele responded: “As if I would ever tell anyone if I was or wasn’t [engaged]!”

She then showed off the ring, adding: “Lovely thought, isn’t it?”

Graham added: “I have to say, as a casual observer, it looks like you are,” to which Adele laughed: “Alright!”

He then replied: “I’m taking that as a yes!’

This comes after Adele’s divorce from ex-husband Simon Konecki, with whom she shares son Angelo, was finalized last year, just before the epidemic.