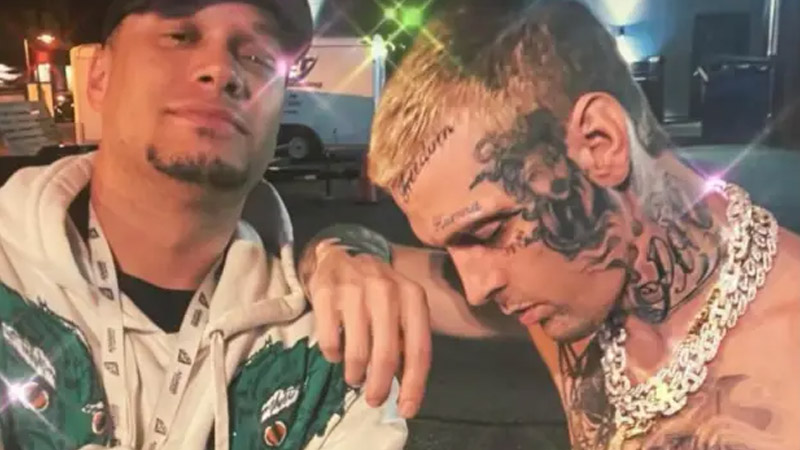 Grief-stricken Taylor Helgeson, a coworker of the pop star, says he was “scared” to see the artist go off the rails again after years of battling substance abuse issues.

Despite being preoccupied with new music in the days and even hours before his death, Aaron claims were still in rejection about his drug use and behavior.

On November 5, the I Want Candy Singer, who previously claimed he suffered over 100 seizures as a result of his aerosol sniffing, was found dead in his bathtub at his home in Lancaster, California.

Aaron texted Taylor in his final hours about his excitement for making a new album, with plans to record tracks the following week in Los Angeles with producers flying in from Denmark.

Taylor said in his first exclusive interview with The Sun, “He was so excited, he was extremely optimistic.” It had been a few years since we had released Love, and he felt ready to do another. I flew these incredible Danish producers out to produce his album, and it was the first time in a long time that I saw him so excited. He had more to give and refused to give up.

“He texted me last night and said, ‘Bro, these songs are amazing.’ And I added, ‘I know, I can’t wait for you to record them,’ she says. ‘I promise you, this is our best work yet,’ he said.

Aaron’s final text conversation with Taylor, which was full of optimism for the future, occurred at 6:32 p.m. on Friday, November 4.

The celebrity sent a message that said, ‘Checking in!’ to which his pal replied, ‘Hey, how are you doing?’

According to Helgeson: “‘I’m just heading back to the house,’ he replied. I was in Los Angeles. But everything is fine. Things are improving.’ ‘I know it,’ I said.

“I was on a plane, so he called my friend, his friend, and asked to come to the house to record some music, to begin tracking these vocals, and from what I heard, that was around 9:30 p.m.”

But he never arrived at the house.”

Despite appearing content to record, Taylor admitted in the weeks leading up to his death that he was concerned because he had missed live concerts and meetings.

“Aaron was a huge Queen fan who lived by the adage, ‘The Show Must Go On.’ And if he could avoid it, he wouldn’t miss a show for anything “He told The New York Times.

Hear One Direction’s Fiery New Song, ‘End of the Day’