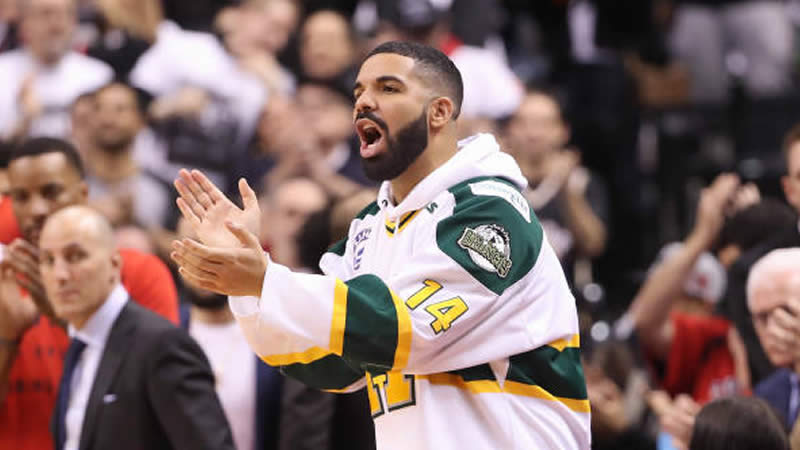 Drake claps back to a Troll (image credit: getty images)

Drake is a petty Scorpio, according to the fans of Comments by Celebs.

The famous Instagram account, which chronicles all of the celebs’ hilarious, ironic, and cringe-worthy interactions, has added another hit to our feeds.

On May 4, the site shared a carousel of screenshots from an exchange between Drake and a troll in the comments section of a post about NBA parents by user @lethalshooter, as glamour reported.

“Ya son prolly play with ghostwriters,” he wrote. The comment was an obvious jab at the rumors that the rapper doesn’t write his own material.

Drake, who goes by the username @champagnepapi on IG, replied, “I just followed your girl cause she’s prob miserable and needs some excitement in her life.”

Aubrey Graham turns out to be a man of his word. He followed Ceddy Bo’s wife, who is tagged on Bo’s public account, on Instagram shortly after writing his comment. Drake even took it a step further and DM’d her: “I’m here for u ma.”

And, just in case you’re curious, the image that began it all…

Tee Morant and LaVar Ball, the fathers of players Ja Morant and LaMelo and Lonzo Ball, respectively, were defended by Person @lethalshooter. Both are known for their loud on-field behavior. Drake defended them online when they were considered annoying, stating that he knows.

“Imagine your son makes the league and he’s Ja or Melo or Lonzo,” he wrote. “All you can do is be elated and competitive and over supportive.”

“I’mma be this way even if my son is in a Rubix cube competition,” he added. Adorable, TBH.