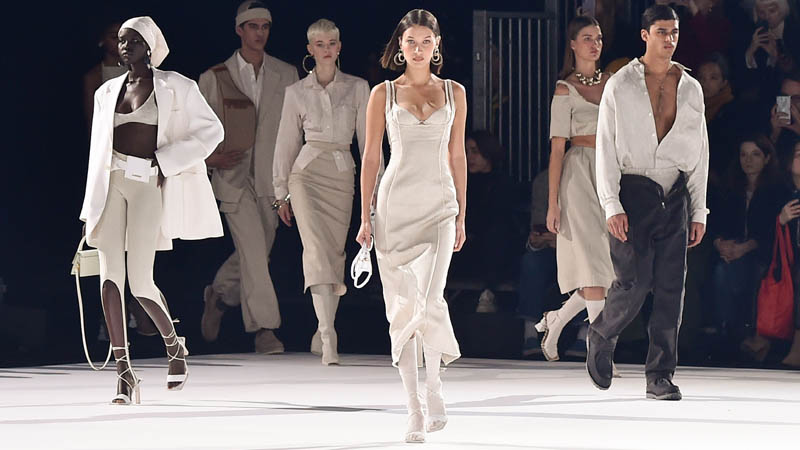 Among the major brands revealed to be missing are Celine, Alexander McQueen, Comme des Garçons and Off-White.

Paris Fashion Week will go ahead this fall with 88 brands on the official calendar, although it is not yet known how many of them will be holding physical shows and presentations, according to the preliminary schedule released Friday by the Fédération de la Haute Couture et de la Mode.

Among the major brands revealed to be missing from the schedule this season are Celine, Alexander McQueen, Comme des Garçons and Off-White. As reported, Saint Laurent and Valentino are also skipping the Paris season, with Valentino showing in Milan instead.

The list of absentees also includes Sacai, Lacoste, Lemaire, Junya Watanabe, Noir Kei Ninomiya, Rochas, Atlein, Guy Laroche and Kwaidan Editions. Rochas has been without a designer since last December after parting ways with Alessandro Dell’Acqua, and Lemaire showed its coed collection during the men’s week in July.

The spring 2021 collections for Comme des Garçons, Junya Watanabe and Noir Kei Ninomiya will be unveiled during mini shows or presentations in Tokyo between Oct. 19 and 23 as part of Comme des Garçons’ seasonal showroom there, the company said.

For the first time, the provisional schedule lists brands that usually stage fashion shows alongside presentations. Of the 88 brands listed, 25 will stage presentations, with the remainder to be split between physical and digital events, according to French fashion’s governing body.

A number of brands are back onto the calendar after sitting out last season due to the coronavirus pandemic or because they were experimenting with different schedules: Acne Studios, Maison Mai, Calvin Luo, Mashama, Agnès B, Shiatzy Chen and Jarel Zhang.

Last season, there were 96 brands on the calendar, with 70 runway shows and 26 presentations. Among those who have dropped off the preliminary list of presentations are Joseph, Ingie Paris, Paul Smith, Nicolas Lecourt Mansion, Magda Butrym, Redemption, Rahul Mishra, Georges Hobeika and Nanushka.