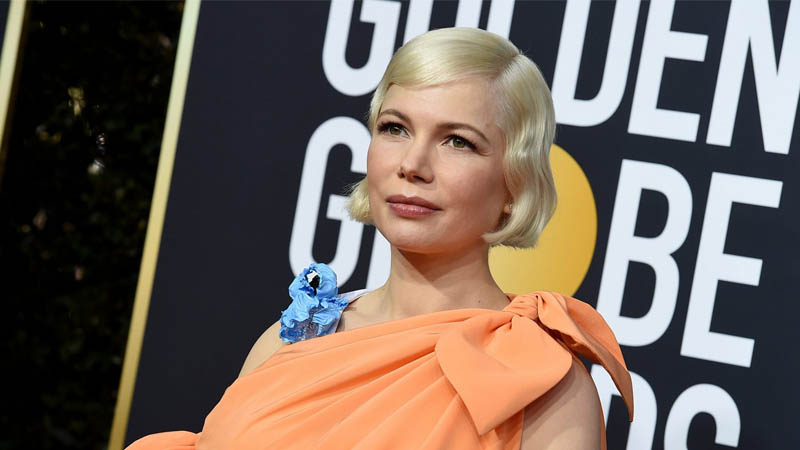 Michelle Williams took home the best actress Golden Globe Sunday night, but not before shining the spotlight on abortion rights. The actress used her time on stage to advocate for a “woman’s right to choose” — a right she said enabled her to be where she is today.

Williams, who is pregnant, won the award for best performance by an actress in a limited series or a motion picture made for television, for her role as Gwen Verdon in FX’s mini-series “Fosse/Verdon.” The show was also nominated for best actor in a min-series and best mini-series. “As women and as girls, things can happen to our bodies that are not our choice. I’ve tried my best to live a life of my own making and not just a series of events that happened to me,” she said. “… And I wouldn’t have been able to do this without employing a woman’s right to choose. To choose when to have my children and with whom.”

Cameras at the awards show honed in on the women of the room, including Busy Philipps, who could be seen tearing up and nodding in support of Williams’ remarks. Philipps has been a vocal advocate for abortion access and has often urged more conversation about women’s experiences with the procedure and how it shaped their lives.

“I know my choices might look different but thank God or whomever you pray to that we live in a country founded on the principle that I am free to live by my faith and you are free to live by yours,” Williams said. “Women, 18 to 118, when it is time to vote, please do so in your own self-interest. It’s what men have been doing for years.”

People and organizations watching the Globes quickly took to Twitter to comment on Williams’ speech, including Planned Parenthood. One user said her response was equal to that of Tiffany Haddish, who helped present Williams with the award.

Get Rid of Pot Belly, Transform Yourself