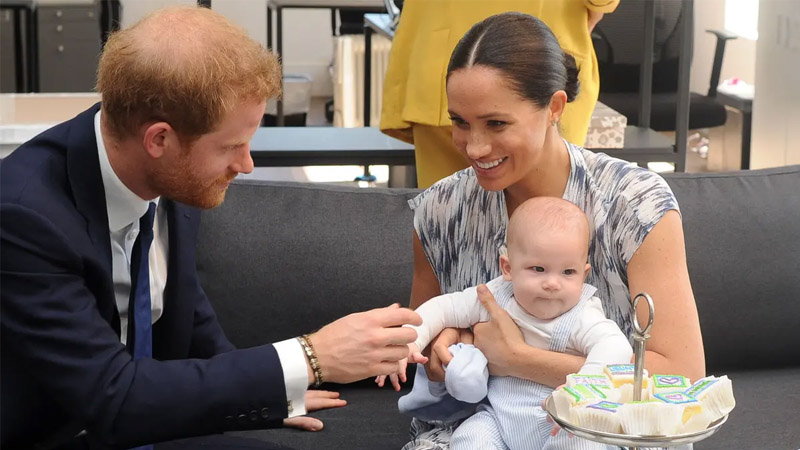 A lawyer has been suspended from the family law service she founded after mocking “black names” and the Black Lives Matter movement in tweets about Meghan Markle and Prince Harry’s newborn.

Joanna Toch, a former Olympic rower who founded Family Law Cafe in the U.K., made racist jokes on Twitter with another woman, Julie Burchill, about the Duke and Duchess of Sussex’s newborn daughter’s name just after her birth was announced on Sunday.

Burchill, a contributor to The Telegraph and The Spectator who goes by @BoozeandFagz online, tweeted that Lilibet’s new name was “a missed opportunity” for Harry and Meghan. Referring to the baby as “it,” she added, “They could’ve called it Georgina Floydina!”

Burchill answered that she “was hoping for Doria Oprah, the racist rotters.”

As the tweets began going viral on Twitter, Toch quickly issued apologies for her “joke.”

“It was a joke and I’m sorry if it upset you,” she wrote in response to one commenter. She later issued a longer apology and attempted to excuse herself by saying she has “children of colour.”

“I am very sorry for the comment and what I saw as a joke,” she said in a tweet, captured in a screengrab. “I’ve fought during my professional life against racism which is abhorrent. I’m not a judge and I have children of colour and I apologize unreservedly.”

A Daily Mail profile of Toch from March 2017 says she has two children.

Both Burchill and Toch’s Twitter accounts are no longer active.

Toch’s workplace later issued a statement on Monday saying that she was suspended.

“FLC considers her comments as offensive, unacceptable and highly contradictory to the inclusive matter in which FLC has always and will continue to work with members of all communities in managing the challenges of matrimonial and family disputes.”

HuffPost has reached out to Family Law Cafe for further comment about the review process and who the members of the board are.

The Duchess of Sussex spoke out about George Floyd’s murder in a graduation address last year after a white police officer ― who was later found guilty of murder ― put his knee on the 46-year-old Black man’s neck for nearly nine minutes. Meghan also mentioned other victims of police brutality in the address.

Both Harry and Meghan have spoken openly about the racist attacks they’ve faced in the press, on social media and from within the royal family. The Duke of Sussex told Oprah in March that a big reason they left the U.K. was racism.

The Duchess of Sussex also revealed that a member of the royal family had expressed racist “concerns” over the color of Archie’s skin before he was born.

In the first statement confirming that the former “Suits” actor and the prince were dating in November 2016, Kensington Palace denounced “the outright sexism and racism of social media trolls and web article comments” that Meghan faced.

Just a few days before the palace confirmed the two were dating, the Daily Mail noted in one article that Meghan was not blond and therefore “something of a departure from Prince Harry’s usual type.” The same article described her mother as “complete with dreadlocks and a nose stud.”