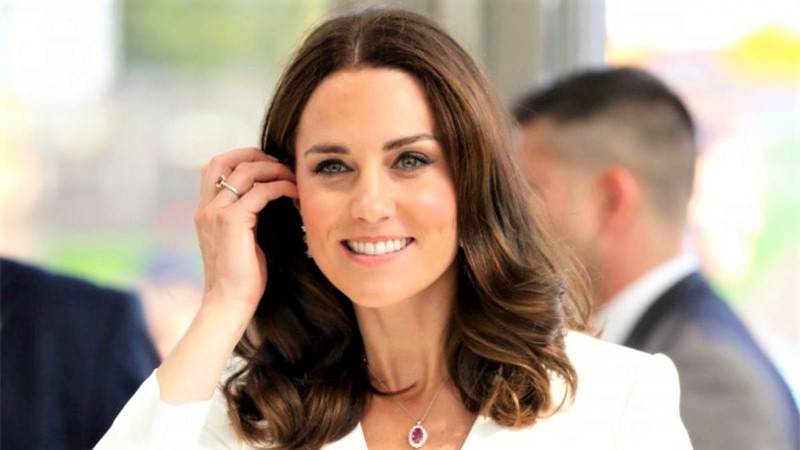 She’ll be given some pretty hefty title changes.

Kate Middleton, Catherine, Her Royal Highness The Duchess of Cambridge, Countess of Strathearn and Lady Carrickfergus… Despite already being known by multiple different monikers, Prince William’s wife is set to have yet another name change in the coming years, firstly after Prince Charles takes the throne – and then a further change will happen when William becomes the reigning monarch. Keeping up?

It was after marrying Prince William a decade ago that Kate was initially gifted the three titles of Duchess, Countess and Lady by the Queen, but when her father-in-law, Prince Charles, does eventually take over the throne, she’ll receive another new one. When Charles’ status ascends, essentially all the other senior royals move up a rank too, meaning Prince William will become the new Prince of Wales, in lieu of Charles.

This will mean that Kate will likely inherit the title of Princess of Wales – the same title held by Prince William and Prince Harry’s mother, Princess Diana and which Charles’ second wife, Camilla Duchess of Cornwall, turned down out of respect.

As for when Prince William eventually takes over from Prince Charles as the reigning monarch, Kate will then undergo a further title change and likely be known as Queen Catherine. Officially, she will be Queen consort, as she doesn’t have any royal blood herself but rather married into the family.

In terms of celebrating these big promotions/changes, there will still be a ceremony for Kate to commemorate the change, but it will probably be a much smaller one than William’s crowning. Oh, and thanks to a fun ancient law, it’s believed that she will also be given ownership over all the tails of every sturgeon, dolphin and whale that swims in British-owned waters. Random!

As for William and Kate’s children, their eldest son, Prince George, will then take over as the Prince of Wales after his father is crowned King.

Later down the line, should Prince William pass away before Kate Middleton, she will then be given the option of styling herself as the Queen Mother, too. “When [Prince] George is King, she can choose to be styled as HM Queen Catherine, the Queen Mother,” royal author Marlene Koenig previously told Town & Country.

So there you have it, there are plenty of switch-ups to come for Kate in the years to follow!

Feel The Magic of London Olympics 2012