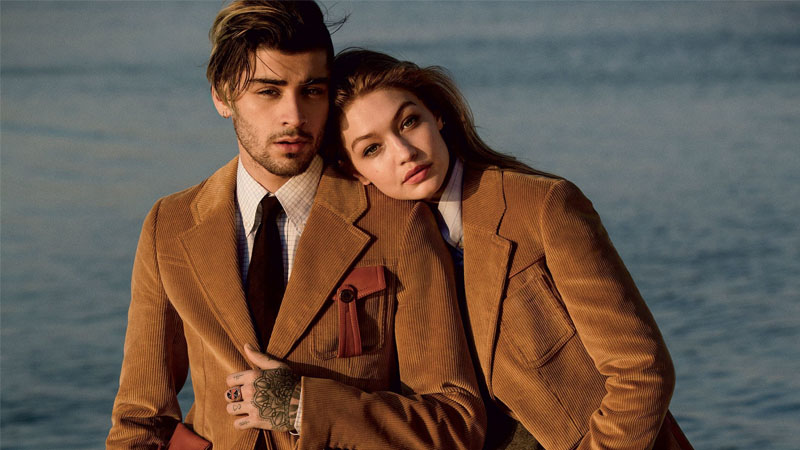 Zayn Malik and Gigi “aren’t in any rush” to get married.

The happy couple became first time parents in September when Gigi gave birth to a baby girl named Khai, but sources have said the pair aren’t planning on making their family legally binding with a wedding ceremony, as they’re “happy with the way things are”.

An insider said: “[Gigi and Zayn] aren’t in any rush to get married. They’re happy with the way things are for now.”
And the source also said the couple “feel so blessed” with their life as new parents.

They told Us Weekly magazine: “Gigi and Zayn feel so blessed. [Khai is] a sweet natured, calm baby.

“Gigi is a wonderful, hands-on mom. She could easily afford to employ a team of nannies but chooses not to. She prefers to do everything herself.”

Meanwhile, Ingrid Michaelson recently sparked speculation that Zayn and Gigi had tied the knot after she mistakenly said Zayn – whom she collaborated with for their new track ‘To Begin Again’ – was “married”.

She said in March: “He’s such a private person and now he’s married and has a child so, he does the things he wants to do.”

But the 41-year-old star later clarified she had misspoken.

“I don’t know, I thought he was married! So spoiler alert – not married! Somebody was in that chat livestream that was dictating everything I said about him and posted it on Twitter.”

Ingrid’s faux pas generated a lot of attention from the former One Direction singer’s fans and she admitted she didn’t like her “brief experience” of being “super famous”.

She said: “So I’ve had my brief experience of being a super famous person and I don’t like it. I’m done … I want to wear, like, a mask and just never be seen by anyone ever again.”