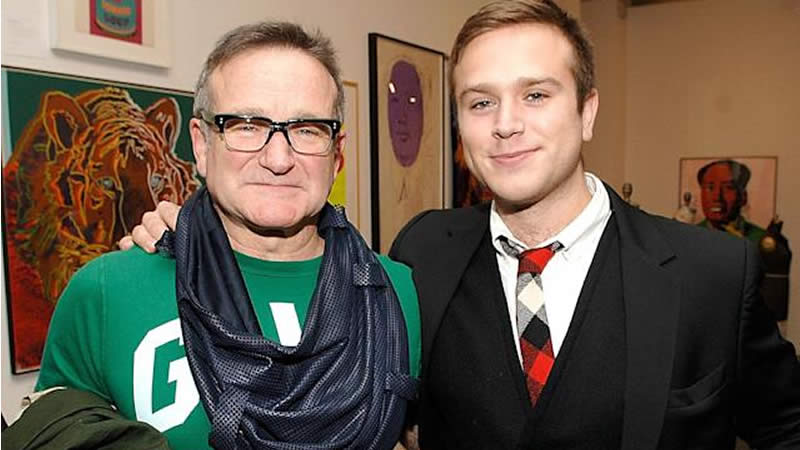 On the seventh anniversary of his father’s death, Zak Williams, son of the late Robin Williams, is paying heartfelt tribute to him.

The mental health advocate paid a moving homage to the actor and comedian, who died by suicide at the age of 63 in 2014. (Williams was diagnosed with diffuse Lewy body dementia, a neurodegenerative disorder, after his death.)

Zak Williams tweeted on Wednesday, “Dad, seven years ago today you passed on,” “The joy and inspiration you brought to the world carries on in your legacy and in your family, friends, and fans you so loved. You lived to bring laughter and to help others. I will be celebrating your memory today. Love you forever.”

Zelda Williams, daughter of Williams, also paid tribute to her father on his death anniversary by offering comfort and support to people who are grieving the loss of loved ones.

She wrote on Twitter, “Sending love out there today to all the folks navigating loss,” “New, old, the connective tissue of that deeply human pain can be hard to bear, but I find it easier sometimes knowing how many others have felt the same sting. We’re not alone.”

Zelda and Zak Williams have both been active in promoting mental health awareness.
Susan Schneider Williams, Williams’ widow, published an essay titled “The Terrorist Inside My Husband’s Brain” in the medical journal Neurology in 2016. The essay details Williams’ struggles as they tried to find a diagnosis for him before his death.

She wrote, “My husband was trapped in the twisted architecture of his neurons and no matter what I did I could not pull him out.”

Ew reports, doctors struggled to identify what was wrong with the actor, who was diagnosed with Parkinson’s disease just months before he died. Williams, according to his autopsy, had diffuse Lewy body dementia, which has many of the same symptoms as Parkinson’s disease.

“I have since learned that people with LBD who are highly intelligent may appear to be okay for longer initially, but then, it is as though the dam suddenly breaks and they cannot hold it back anymore,” Susan Schneider Williams wrote. “In Robin’s case, on top of being a genius, he was a [Juilliard]-trained actor.

I will never know the true depth of his suffering, nor just how hard he was fighting. But from where I stood, I saw the bravest man in the world playing the hardest role of his life.” – according to the source.