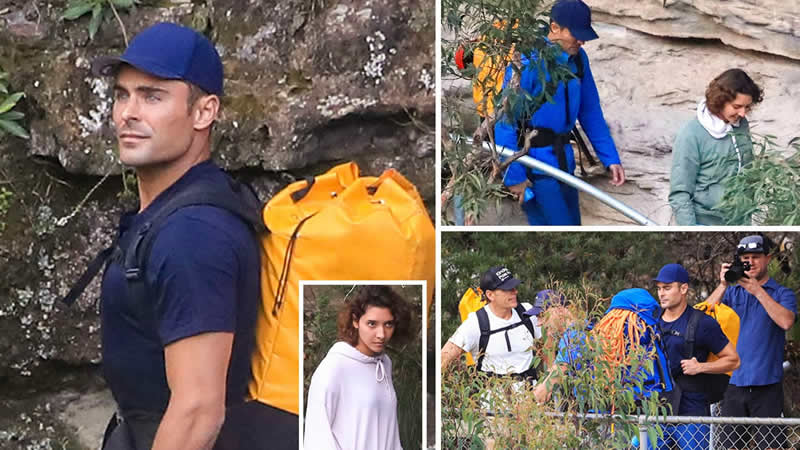 Zac Efron and girlfriend Vanessa Valladares looked amazing as they went hiking in the Blue Mountains while filming his new series ‘Down to Earth’.

The High School Musical actor is exploring some of the best tourist attractions in his girlfriend’s homeland Australia for his upcoming Netflix series.

The 33-year-old Hollywood star took his girlfriend Vanessa, who met him in Byron Bay in March last year, with him to the idyllic Blue Mountains of New South Wales where they enjoyed some amazing moments together.

The 26-year-old beauty donned jeans, a green jacket and a grey hoodie during the outing. While, Zac sported a blue T-shirt, which he teamed with matching shorts and a cap. He also carried a yellow backpack and at times covered up in a light blue jacket.

Zac, who has been in Australia for months, spent the day filming in Katoomba with his brother Dylan Efron and girlfriend Vanessa Valladares.

Kate Hudson Is Not ‘Ready’ For Birth