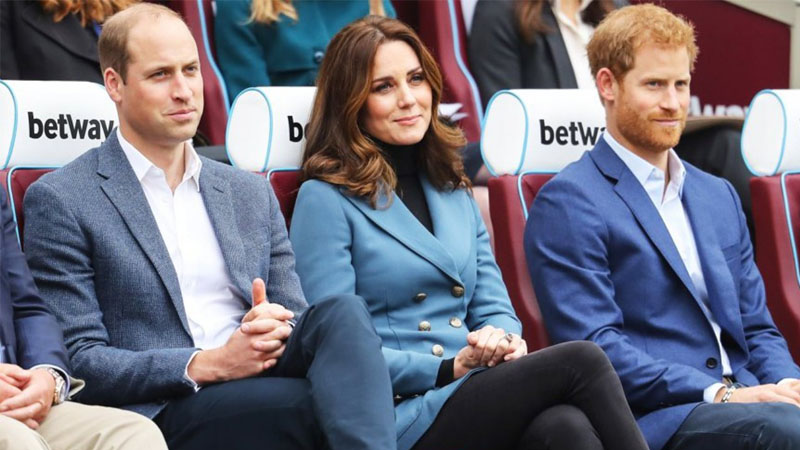 It’s time for an update on “The Royals Are Spiraling About Prince Harry’s Upcoming Memoir“! Apparently, Prince Charles, who has been busy extending olive branches to Harry in the hopes of mending their strained relationship ahead of the memoir, is concerned that Harry will write something negative about his wife, Duchess Camilla.

According to The Sun, Charles has told aides that he is concerned that Harry’s book will be an “excoriating takedown” of Camilla, and he has also expressed his concerns to Prince William. Wills, on the other hand, does not appear to want to get involved and is unlikely to cooperate with Charles’ request that he “go in and bat for Camilla” publicly if Harry writes about her in the memoir.

A source tells The Sun, “Charles has shared his concerns with William and is keen he somehow goes on the record and sticks up for Camilla should the book attack her. But as much as William loves his father, he’s unlikely to want to get involved. In all likelihood, he will try and stay neutral.”

A source also notes, “There are concerns about Harry’s recollections of Camilla’s entry into the Royal Family and how her long-running romance with Charles damaged him from a young age. Harry is fiercely loyal and protective of his late mother and her legacy and didn’t approve of Camilla sweeping in as the great love of his father’s life.

Understandably, he found those early years incredibly difficult, and he might publicly blame Camilla for much of what he believes went wrong in his childhood, and the trauma the whole situation caused.”

Meanwhile, “Charles is deeply protective of Camilla. The last thing he needs—especially in a year of celebration that should be all about the Queen—is an excoriating takedown of Camilla at a time when people have finally taken her to their hearts.” Harry has made no indication that Camilla will be included in his memoir, so the royals can probably relax for the time being!

‘I could never do that,’ says Janet Jackson of rumors of ‘secret baby’ with ex-husband James DeBarge