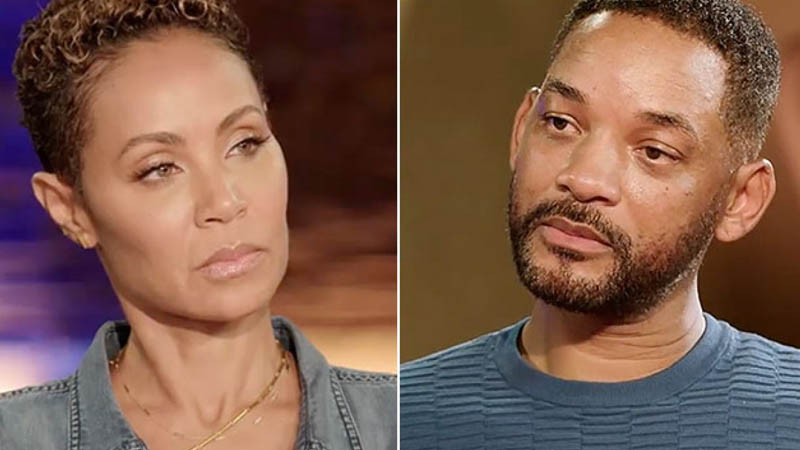 Will Smith and his wife Jada sat down to a bombshell interview where they discussed her relationship with singer August Alsina.

The couple filmed their initimate chat for Jada’s Red Table Talks after August alleged he was given permission to have an affair with Jada by the Men In Black star. Jada and Will confirmed their marriage was “over” when she started her relationship with the 27-year-old singer.

The Gotham actress was open about her heartbreak when she thought her marriage had crumbled and said she was “broken” and “in a lot of pain”.

Jada embarked on a whirlwind romance four and a half years ago with August when she was going through “difficult times” with Will.

She said: “I wanted to feel good. It had been so long since I felt good. It was really a joy to just help heal somebody.” Will admitted he hadn’t been sure “I was ever gonna speak to you again” but the couple has now worked their way through their issues and their marriage is back on track.

While the couple were open and frank in their interview, psychologist and body language expert Bruce Durham, says there were hidden signs in their chat that reveal more about the inner workings of their marriage.

Bruce, who regularly works with huge companies to improve their performance and has his own successful YouTube channel, believes Will was “embarrassed” by the interview.

He explained: “There are a couple of eye blocks from Will, it’s shutting off those images. He’s probably thinking I wish we hadn’t invited August into our home because this is the outcome.

We also start to see Will’s pacifying behaviors because he’s uncomfortable and embarrassed. He’ll do a laugh or a giggle. “He wants to convey his point but doesn’t feel he has the permission, the authority, the confidence to do so.

“You see this throughout the interview because he hasn’t got the psychological safety to be able to offer what he wants to say in a direct and calm way.”

Jada also controlled parts of the interview and corrected Will when she wanted to make her point, says Bruce. He explained: “Jada takes control of the situation, he says ‘I thought we were done’ and she corrects him and says ‘we WERE done’.

“This is like chalk and cheese, there are two different lenses on the same relationship.” And when it comes to Jada admitting what had happened between her and August, Bruce picked up something unusual.

However, when Will tells Jada ‘I want to get you back’ the energy of the interview changes once again, Bruce explains.

He said: “Jada tells him ‘I think you’ve already done that’. She seems to be authentic, there’s no ambiguity. “Will starts to laugh and it’s the first time he’s engaged with the camera crew – he’s starting to feel awkward.”

He says: “Watch Will Smith as he gets his cuff as if he’s getting ready for a fight. In this context they’re talking about Will getting her back – a thought has entered Will’s head and he pushes up his sleeve and he’s getting ready to do something.

In the context of what’s going on here, I do seriously think he has some type of plan or some activity to get back that one-up-manship for the activities that Jada has presented in that relationship ie the affair she has had with August.

“This relationship isn’t everything we perceive it to me. There is awkwardness between the two and Will with his cuff role shows he has some negative energy.”

He said: “Will then asks her ‘what did you do Jada’ – he needs to hear it and he needs her to say it. There’s a weird energy going on in that interview. “Both of them look down – eye contact is one of the most powerful things out there – but they don’t want that threat or connection. It’s too overwhelming for them, there’s zero eye contact.

“When Jada starts talking about ‘healing’ August, her face lights up. There’s awkward energy where he says he didn’t know if he was going to speak to her again.”

YouTuber Emma Chamberlain’s Met Gala necklace stolen from Indian royalty: “This fills me up with rage”