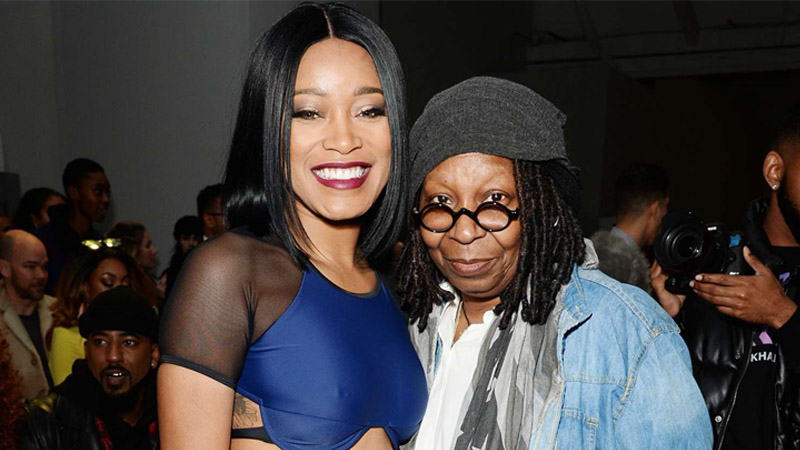 Keke Palmer opened out about receiving sex advice from friend Whoopi Goldberg – and how it helped her find happiness in the bedroom.

“I’ll never forget, I was on The View one time, and they were having a conversation about sex, a really great conversation” the Scream Queens alum, 29, said on her Tuesday, November 22, episode of her “Baby, This Is Keke Palmer” podcast. “Whoopi Goldberg said, ‘Start with pleasing yourself.’ And I was like, ‘That rings true.’”

“And my enjoyment, any enjoyment that I had at that era, in that point, in that time, came from, ‘I’m glad they’re happy,” she said.  “That was, like, depressing and not enough. Because I realized, like, ‘Well, wait a damn minute … this isn’t you.’”

After describing her “journey of trying to figure out what works for me,” the Nickelodeon star said that closeness is what keeps her feeling happy – in all areas of her life.

“I’ve only ever had an actual happy ending from a more demure, a calmer, a more emotional approach,” she revealed.

Palmer has long been outspoken about personal issues that other Hollywood stars may avoid, regularly coming up about her fight with adult acne over the years.

The Scream star revealed in 2020 that she had been diagnosed with the polycystic ovarian syndrome, which causes acne and facial hair. The Hustlers actress stated at the time that her skin was “that awful that people in my profession offered to pay for me to get it fixed.” “I tried EVERYTHING.”

“Poly Cystic Ovarian Syndrome has been attacking me from the inside out my entire life and I had no idea,” she wrote via Instagram, adding that used the prescription medication Accutane twice, changed her diet, and drank water but nothing changed. “I did all that, I ate all the ‘right’ things, and my blood tests were fine. But it took ME taking a personal look into my family that has a history of diabetes and obesity, to understand what was ACTUALLY happening with me.”

The Password cohost, who acknowledged her family’s “fight out of poverty” for allowing her to receive adequate medical treatment, ended her post with a message of encouragement for anyone dealing with similar issues.

“The least harmful thing PCOS can bring is acne. To all the people struggling with this please know you’re not alone and that you are still so f–king fine!” said said. “MY ACNE AINT NEVER STOPPED ME. But we don’t have to accept this. Now I can really help KEKE! And I love her so it’s ON.”

Mar-a-Lago documents: Appeals court is dubious of Trump’s arguments for special master review of the case